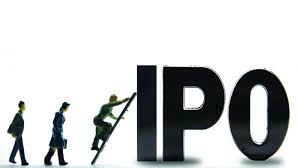 WeWork’s parent company is reportedly expecting to postpone its high-profile IPO until next month, if not later. The news at once raised eyebrows and didn’t seem so surprising, given the recent plunge in the company’s estimated valuation. But dramatic as it appears, the move is unlikely to have a significant effect on the broader IPO market.

Late Monday, the Wall Street Journal reported that We Co., a holding company created this year as part of a complex corporate structure controlling WeWork’s workspace business, was likely to postpone the controversial IPO, while canceling the pre-offering roadshow for investors that was slated to begin this week. WeWork did not respond to a request for comment.

Postponement often means just that, but on Wall Street it’s sometimes a face-saving euphemism for a company that wants to buy time to find alternative sources of financing or to quietly back out of the IPO pipeline altogether.

It’s unclear what WeWork’s fate will be—or indeed if it will ultimately withdraw its IPO—but a 2012 study found that “approximately 13% of withdrawn issuers are able to successfully return for an IPO. Approximately 11% of issuers formally declare bankruptcy post IPO withdrawal. Approximately 36% are able to raise equity privately post withdrawal and 42% either merge or are acquired.”

But as bad as the news seems for WeWork, it’s not necessarily a warning sign for the broader IPO market. A postponement would say more about WeWork’s own condition than the health of other companies in the IPO queue.

For one thing, companies typically postpone offerings during turbulent markets. But the Dow Jones Industrial Average closed at 27,076.82 Monday, just shy of its record high. Even if investors are concerned stocks will sell off in coming months, that’s an incentive to hurry up and go public, not to delay. What’s more, a stock index of recent IPOs tracked by Renaissance Capital is up 33% this year, compared with the S&P 500’s 22% gain, suggesting a strong investor appetite for IPOs.

In contrast, WeWork’s valuation has been tumbling. In January, Softbank invested $ 2 billion in WeWork at a $ 47 billion valuation, which had inexplicably surged from the company’s $ 20 billion valuation in August 2018. Early this month, We Co. was said to be slashing WeWork’s value back near $ 20 billion. And last week, Reuters said the figure had shrunken further, to the $ 10 billion-to-$ 12 billion range.

If WeWork’s falling valuations reflect a larger pattern, it’s the trend of tech unicorns securing pricey valuations in the relatively illiquid private secondary markets, only to see their market value fall once they go public. Uber, Lyft, and other private tech unicorns have seen their stocks slide—not just below their IPO offering prices, but below their peak market worth from when they were trading in private secondary markets.

In contrast to the traditional pattern of IPOs, in which fast-growing companies go public early on, many tech unicorns have chosen to stay private for years, raising billions in private rounds. By the time they’d finally filed to go public, revenue growth had slowed. In the case of Uber and WeWork, losses had mounted to worrying levels.

By amping WeWork’s valuation up from $ 20 billion to $ 47 billion in a matter of months, Softbank ended up setting the bar of expectations impossibly high for WeWork’s IPO. That led to an embarrassing round of news headlines this month as the valuation fell back to earth. Now the IPO looks like it will be postponed.

That’s bad news for Softbank. A separate report from Bloomberg on Monday said that investors in Softbank’s ambitious $ 100 billion Vision Fund are scaling back their investments in a follow-up fund that the Japanese tech giant is trying to raise. One key reason: Softbank’s souring investment in WeWork. 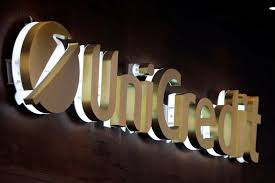 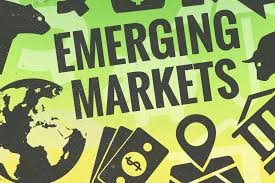 The case for emerging-market stocks 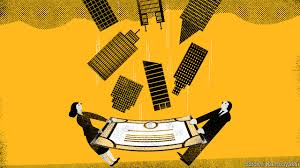