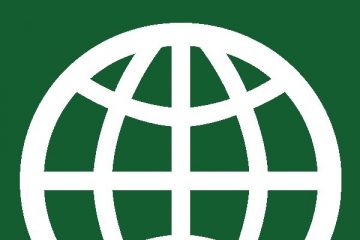 DAX is a German stock index. It stands for Deutscher Aktienindex. DAX is a blue chip stock market index of Germany which consists of 30 high standing and high market value companies which are trading on Frankfurt Stock Exchange. Electronic Xetra Trading System is the method which is used for taking the prices. According to Deutsche Börse who is the operator of Xetra trading system, DAX measures the performance of 30 large and prime standards companies of Germany on the basis of market capitalization and order book volume. DAX is the equivalent of Dow Jones Industrial Average (DJIA) and FTSE 30. Dow Jones Industrial Average and FTSE 30 represent the economy of the nation but if we talk about DAX this cannot represent the economy of the nation because of its small selection.

Also, there is another index is available which is called L-DAX index. This index is the best indicator of German Benchmark DAX index performance. This index works after Xetra Electronic Trading because this electronic trading closes which are based on the Floor trading at the Frankfurt Stock Exchange. The L-DAX index is computed every day from 9:00 to 17:45 hours CET and this index is based on the Floor Trade at Frankfurt stock exchange. Another index which is called Late/Early DAX Index or L/E DAX is calculated from 17:40 to 20:00 CET which is totally different from L-DAX. The Eurex which is European Electronic Futures and options exchange in Switzerland which is also with a subsidiary in Frankfurt this offers options of futures on DAX. When it offers Futures on it then it is called FDAX and when it offers options then it is called ODAX. All the information is calculated from 08:00 to 22:00 CET. There are also lots of other indices which are working in Germany. Like CDAX which includes every listed German company, HDAX which contains 110 high standings companies incorporated in Germany, MDAX contains top 50 and TECDAX contains top 30 companies trading in the New Economy of Germany.

On 30, December 1987 DAX introduced his first stock. The present form of this index began on 23, May 1992.Nowadays at, this time, Technology allowed the whole index to be calculated. When it began starts working the base level is set as 1000.The highest closing of DAX Index is 12000 which was recorded on 12, March 2015.The success of this index can be estimated from the fact that on 4, April 2009 the index reached the peak value which is 2000 and after six-year index reached 12000 which is astonishing. As in the previous paragraph, we have discussed that this index is operated by Xetra System. From 1, January 2006 Xetra system calculate this index after every one second. DAX includes both value stocks and growth stocks so that’s why DAX is also used for the measurement of the economy of Germany.

In DAX, all the companies which are included in the index are selected by Xetra Systems. This is different from Dow Jones Industrial Average and FTSE 100 because DAX is strictly rule-based index. The selection in this index is strictly rule-based because this index only includes 30 companies and only those companies are selected and included in the list of this index which has high market value and high standings. Whenever this index is going to add any new company in this list then Xetra systems access the company and check out the standing and market value of the company. Any company is only added to the index when the company satisfies the whole requirements of DAX.

Some indices contain multiple versions of indexes like S&P 500 also there are two different versions of DAX first one is called Price index and second one is called Performance index. These two different indexes depend on how divisions are calculated. The first one which is called performance index is more commonly quoted, however, on the other hand, the second version which is price index is quite similar to quoted indexes in other countries. There are lots of other indices available which contain more than 2 version of indexes such as Wilshire contains 3 different versions of indexes like price return index only consider the components prices, a total return which calculates the whole reinvestment and net total return which calculates total reinvestment offered after the deduction of withholding tax.