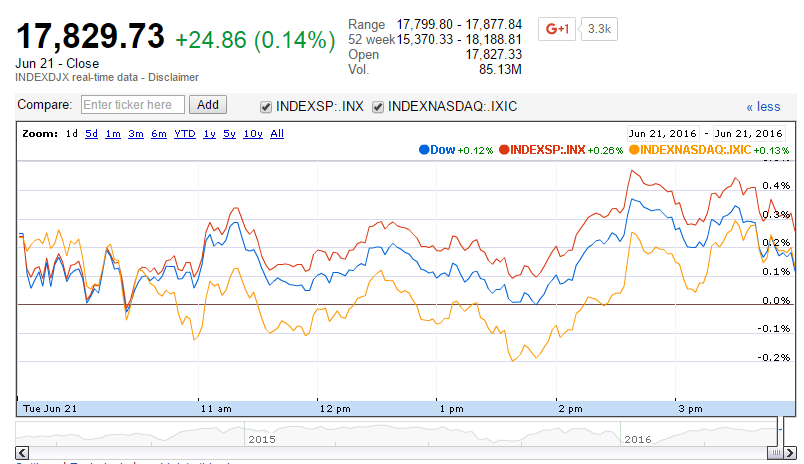 On Wednesday the housing market will be in focus. The Mortgage Bankers Association will report mortgage applications. The FHFA will report its FHFA House Price Index and the National Association of Realtors will report existing home sales.

The EIA will also report its Petroleum Status Report. In the previous week’s report oil inventories were down -0.9 million barrels.

Car manufacturers will also be closely watched today including Tesla, Mitsubishi and Volkswagen. Elon Musk’s Tesla could potentially be acquiring SolarCity. Mitsubishi reported a weak earnings outlook on Wednesday. Volkswagen will be having its annual shareholder meeting in Germany.

Stock trading Wednesday will also continue to be affected by anticipation of Thursday’s U.K. exit vote.