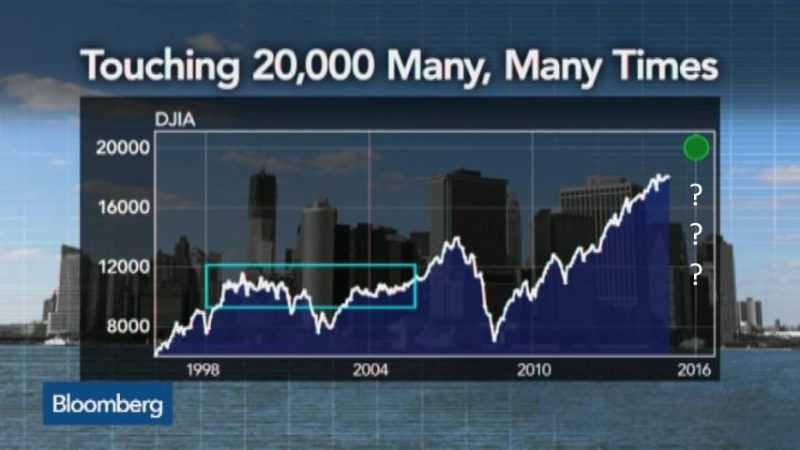 Here’s why Dow 20K isn’t that farfetched of an expectation.

So American stocks, for better or for worse, still seem to be the cleanest dirty shirt — a reference to a Johnny Cash lyric that bond king Bill Gross has often used to describe the U.S. markets.

Investors seem to appreciate the fact that the U.S. — despite concerns about sluggish growth and the upcoming presidential election — is still much more stable than most other major developed and developing countries.

“The U.S. is our favorite place to be. Slow growth is better than no growth,” said Vince Rivers, manager of the JOHCM US Small Mid Cap Equity Fund.

He added that he sat tight when the global financial markets were briefly worried about Brexit last month. He does not think that Brexit will wind up being the 2016 equivalent of Lehman Brothers.

“We traded not one share for two weeks after Brexit. It was pure panic,” he said.

John Augustine, chief investment officer with Huntington Bank, agreed that the U.S. is the best place to invest in right now. He’s a little concerned about how long that can last.

But he said that as long as companies report decent, if not spectacular, earnings for the second quarter and also give solid outlooks for the rest of the year then stocks should keep climbing.

That seems to be the case so far. Only a handful of major companies have reported their latest results. But Walgreens (WBA) and Pepsi (PEP) — which both have significant exposure to the U.K. — did well.

Augustine said that he thinks consumers will continue to spend and travel and that the housing market will remain strong.

Pistorio said he’s a little surprised by how fast the overall market has rebounded from Brexit-related worries. But he said he wouldn’t bet against the market right now.

The Federal Reserve seems to be suggesting that it’s in no hurry to raise interest rates again. And the latest retail sales figures for June showed that consumers are still spending — especially on their homes.

“The rally has happened a lot more quickly than we and others had thought it would. But it’s a Goldilocks environment. Ted is unlikely do anything soon and consumer spending is healthy,” he said.

As for the other big wild card out there, Augustine said he’s not too worried about the presidential election. President Trump? President Clinton? It probably won’t matter much since there could be more gridlock in Congress if either of them win.

Augustine thinks there is one good election bet though — the U.S. military. Both Trump and Clinton are more hawkish than dovish when it comes to national security. So defense contractors could be winners regardless of what happens in November.

“Defense is the Energizer bunny,” he said.