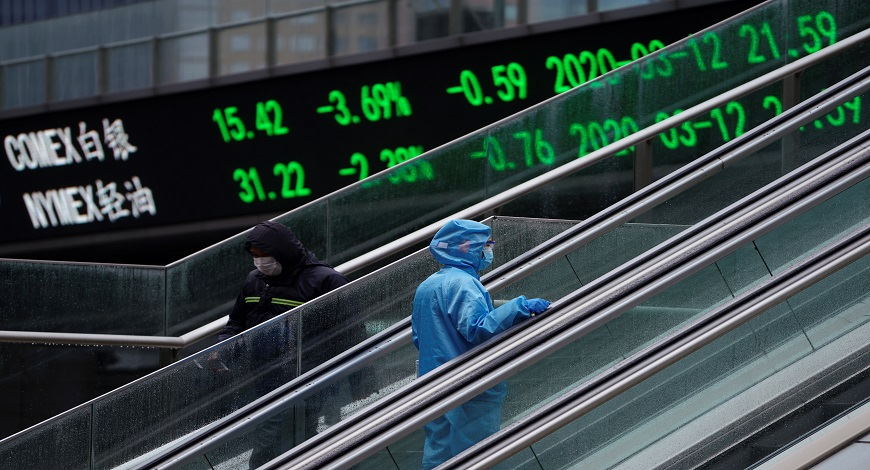 The S&P 500 ended lower on Thursday after a rise in weekly jobless claims compounded worries about a stalling economic recovery and fading hopes for more fiscal aid before the election.

The number of Americans filing new claims for jobless benefits rose to a two-month high last week, stoking fears the COVID-19 pandemic was inflicting lasting damage to the labor market.

“Going into the fall it will be difficult for unemployment to make a lot of positive headway because of the lack of stimulus,” said Christopher C. Grisanti, chief equity strategist, MAI Capital Management in Cleveland.

U.S. President Donald Trump said he is willing to raise his offer of $1.8 trillion for a COVID-19 relief deal with Democrats in Congress, but the idea was shot down by his fellow Republican, Senate Majority Leader Mitch McConnell.

The CBOE volatility index .VIX, investors’ fear gauge, hit a one-week high and Wall Street’s indexes dipped for the third straight day. The S&P 500 is down about 3% from its Sept. 2 record high close.

With less than 20 days until the Nov. 3 election, Trump and Democratic challenger Joe Biden are set to hold dueling prime-time town halls on Thursday instead of their second presidential debate, which was canceled after Trump declined to take part in a virtual matchup.

“More of what moves the market will be the crystallizing of who is going to win the presidency, and how close the Senate races are,” said Tom Martin, senior portfolio manager at Globalt Investments in Atlanta.

A Biden presidency, coupled with a Democratic Senate, would likely mean a larger fiscal stimulus plan than what a Republicans Senate would agree to. However, Biden is also widely seen on Wall Street as likely to raise taxes.

Focus is also on the quarterly results for corporate America, with expectations for third-quarter earnings improving to an 19% drop from a 25% tumble forecast on July 1, according to Refinitiv IBES data.

The S&P 500 financials index .SPSY climbed 0.8%, while healthcare index .SPXHC was the worst sector performer, down 0.7%.

Shares of Vertex Pharmaceuticals Inc VRTX.O lost a fifth of their value after the drug developer discontinued its trial of a protein deficiency disorder treatment.

Advancing issues outnumbered declining ones on the NYSE by a 1.09-to-1 ratio; on Nasdaq, a 1.19-to-1 ratio favored advancers.

Volume on U.S. exchanges was 8.1 billion shares, compared with the 9.6 billion average over the last 20 trading days.c