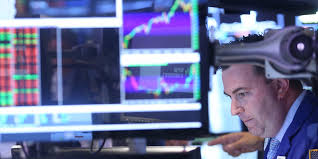 Brace Yourselves. It’s Going to Be a Particularly Busy Week in the World Economy

Investors and policy makers should get some rest this weekend: For those tracking the world economy, next week is shaping up to be one of the busiest in recent memory.

From the selection of a new governor at the People’s Bank of China to the Federal Reserve’s likely first interest rate increase of 2018, here is a rundown of the key events and the stories you need to read to get ready for them.

Monday
China gets a new central bankerFive months after PBOC Governor Zhou Xiaochuan hinted he would soon step down after 15 years, the National People’s Congress will name his successor. Tasked with guiding the world’s second largest economy as its authorities try to curb its debt, Zhou’s replacement will take the reins of a central bank that’s wielding ever greater power at home and abroad. Just this week, the government handed it the power to rewrite the rules for the financial sector it’s seeking to restrain. Here’s a look at some of the candidates to replace Zhou and a dashboard on their experience.

G-20 finance chiefs present outlookCentral bankers and finance ministers from the Group of 20 are gathering for the first time this year in Buenos Aires. Their talks start Monday and conclude with the release of a statement on Tuesday. They convene at a time when the global economy is in rude health, yet concerns are growing that its upswing may boil over. While officials say they want to discuss what to do about cryptocurrencies, the topic of the moment is President Donald Trump’s plan to impose tariffs on steel and aluminum. Many governments are lobbying to be exempted, while also warning of a potential trade war. That could make for an uncomfortable couple of days for U.S. Treasury Secretary Steven Mnuchin as he tries to play down trade frictions. Scandal-plagued Japanese Finance Minister Taro Aso will not be attending.

Will the Fed raise interest rates?Jerome Powell makes his debut in the hot seat, chairing his first meeting of the Federal Open Market Committee after taking over from Janet Yellen. With the economy growing and the labor market tightening, betting is the Fed will raise its benchmark overnight lending rate to a range of 1.5 percent to 1.75 percent. Perhaps a bigger question is whether officials will boost their estimate for 2018 rate hikes to four from a median of three at their last forecast round in December. Elsewhere in the Americas, Brazil’s central bank is predicted to cut its key rate to a record low.

Bank of England readies rate increaseBank of England officials are expected to lay the groundwork for an interest-rate increase in May. Inflation in the U.K. is still 1 percentage point above the bank’s target and policy makers are concerned that the economy’s speed-limit has dropped since the Brexit vote, leaving it at risk of overheating. Investors currently assign a more than 80 percent chance of a move in May, and it would take a big shock from the BOE on Thursday to prompt a significant unwinding of that trade. Elsewhere in the world, New Zealand, the Philippines and Indonesia also set rates today. Germany releases its Ifo Index on the business climate, which is expected to slip.

Friday
Trump imposes steel tariffsTrump this month announced 25 percent tariffs on imported steel and 10 percent for aluminum and they take effect Friday. Canada and Mexico are already excluded from the levies, and the Trump administration has left the door open for Australia and possibly other allies to win a similar concession if they can show they are trading fairly and are national-security partners. Planned retaliation from the European Union to China has triggered concerns over a global trade war.