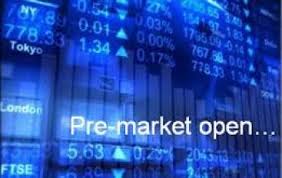 Premarket: 8 things to know before the bell

1. Uber’s CEO is out: Travis Kalanick has resigned as the chief executive of Uber.

The move comes after the co-founder failed to defuse a growing crisis over his leadership and demands from investors that he resign from the $ 68 billion startup.

“I love Uber more than anything in the world and at this difficult moment in my personal life I have accepted the investors request to step aside so that Uber can go back to building rather than be distracted with another fight,” he said in a statement late Tuesday.

2. Saudi shake up: Saudi Arabia’s king has removed his nephew as crown prince and replaced him with his son, Mohammed bin Salman bin Abdulaziz.

Mohammed bin Salman, who has spearheaded the kingdom’s economic reform plans, will now be first in line to succeed King Salman as ruler of the key U.S. ally.

The move comes amid a major diplomatic crisis in the Middle East that has seen Saudi Arabia and its allies seek to isolate the tiny Gulf country of Qatar.

3. U.K. parliament opens: Prime Minister Theresa May will set out her legislative priorities as part of the State Opening of Parliament on Wednesday.

May has been badly bruised after losing her majority in an election two weeks ago.

The prime minister called the election in hopes of strengthening her position, but she now depends on the support of a fringe party as crucial Brexit negotiations with the EU get underway.

Getting her legislative agenda through parliament will be a crucial test of May’s leadership.

The main worry is continued oversupply.

“The challenge is well understood — OPEC-led output restraint and the current price levels have not been sufficient to reduce global oil supply enough to make a dent into inventory levels,” Kit Juckes, strategist at Societe Generale, wrote in a note to clients.

European markets opened down, while markets in Asia finished the session mixed.

The Shanghai Composite gained 0.4% after MSCI announced that it will include Chinese stocks in its benchmark emerging market index.

Shares in software firm CA Technologies (CA) rose in extended trading after Bloomberg reported it is talking to BMC Software about a potential merger.

Carmax(KMX) shares were also down ahead of its earnings report.

Takata(TKTDY) shares plummeted another 25% in Tokyo as investors digested multiple reports indicating it’s on the verge of bankruptcy. The stock has shed 50% this week.

Toshiba(TOSBF) announced plans to sell its prized memory chip business to a group of investors led by the Japanese government as it races to raise money to stave off financial ruin.

The bid, from a state-backed consortium led by the Innovation Network Corporation of Japan, is worth about 2 trillion yen ($ 18 billion).

7. Earnings and economics: Carmax (KMX) is set to release earnings before the opening bell, while Oracle (ORCL, Tech30) is set to publish results after the close.