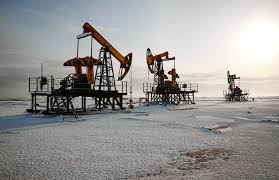 Why Oil May Plunge to $30 a Barrel

The price of oil may sink to between $ 30 and $ 35 per barrel next year and stay there for a while, according to Dr. Fereidun Fesharaki, founder and chairman of global oil and gas consulting firm FGE, who spoke to CNBC. Despite “robust demand,” Fesharaki told CNBC that “there is too much oil on the market.”

Late last month, OPEC said that it would extend an 1.8 million-barrel-a-day (B/D) cut to oil output by nine months through March 2018, but Fesharaki believes that this is not enough to stabilize prices. Rather, he told CNBC that an immediate cut of an additional 700,000 B/D is necessary. The spot price of benchmark West Texas Intermediate (WTI) crude oil was $ 46.10 per barrel as of June 12, according to the U.S. Energy Information Administration (EIA).
Increasing Oversupply

Various facts appear to support Fesharaki’s thesis. Stockpiles of oil worldwide are large and growing, an indicator of persistent oversupply, according to data from the International Energy Agency (IEA) cited by the Wall Street Journal. As of April, inventories of oil in industrialized nations were 292 million barrels above their five-year average, according to the same sources. (For more, see also: Why Oil Prices Could Double to $ 90.)

While OPEC strains to reduce supply, it nonetheless has allowed Nigeria and Libya to increase production, and output by OPEC as a whole actually rose in May to its highest level so far in 2017, per IEA data reported by CNBC. Additionally, the IEA projects that non-OPEC nations collectively will expand their output by 700,000 B/D in 2017 and 1.5 million B/D in 2018, slightly more than the forecasted growth in global demand. More than half this growth will come from the U.S., which the IEA expects to increase production by 430,000 B/D in 2017 and 780,000 B/D in 2018.
Recessionary Impact?

While a fall in the price of any commodity normally sparks an increase in demand, Fesharaki told CNBC that “A drop in the price of oil is like an earthquake or a tsunami” that actually could dampen demand. He also said that the last time the price of oil fell, so did the stock market, and he feels that “a substantial drop in the price of oil would create a global recession.” Plummeting oil prices would be an economic negative for oil producing nations, according to other analysts cited by CNBC. However, this scenario is more likely in countries that are primarily producers and exporters, rather than consumers, of oil.
The Case For $ 90 Oil

Bill Strazzullo, chief market strategist at Bellcurve Trading Inc., has taken a contrarian view, boldly predicting that oil can be trading at $ 90 in the next three to five years. He expects global economic expansion to be the driving factor. Strazzullo gained credibility when oil was trading at about $ 100 and he (correctly) forecasted that it would crash to $ 30. Meanwhile, the OECD finds that, on the whole for its 35 members (which include four noteworthy oil producers, the U.S., Canada, the U.K. and Norway), higher oil prices are a net economic negative.

Read more: Why Oil May Plunge to $ 30 a Barrel | Investopedia

Photo: “Night Rig” by arbyreed is licensed under CC BY-NC