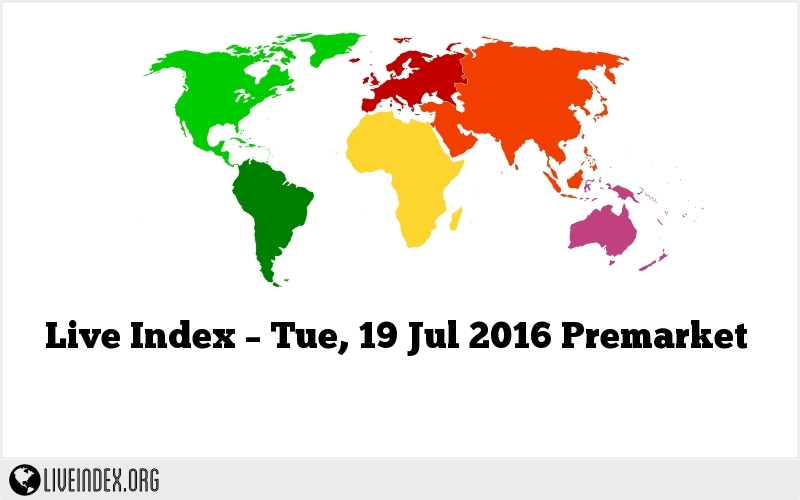 Sep E-mini S&Ps (ESU16 -0.22%) are down -0.23% and European stocks are down -1.18% on concern the decision by the UK to leave the European Union could weaken economic growth in the Eurozone after the German Jul ZEW survey expectations of economic growth fell more than expected to -6.8, a 3-1/2 year low. Also, Netflix plunged 12% in pre-market trading after it reported a slower-than-expected increase in subscriber growth, and Fiat Chrysler Automobiles NV is down 4% after U.S. authorities opened a criminal investigation of the company amid allegations it inflated sales figures. Asian stocks settled mixed: Japan +1.37%, Hong Kong -0.60%, China -0.23%, Taiwan +0.30%, Australia -0.13%, Singapore -0.31%, South Korea -0.22%, India +0.15%. Japan’s Nikkei Stock Index rallied to a 1-1/4 month high as it reopened following Monday’s holiday, led by a 14% surge in Nintendo as the frenzy over the company’s mobile game Pokemon Go continues.

Seagate Technology PLC (STX +4.33%) was upgrraded to ‘Neutral’ from ‘Sell’ at Citigroup.

International Business Machines (IBM +0.05%) climbed nearly 3% in after-hours trading after it reported Q2 operating EPS of $ 2.95, higher than consensus of $ 2.89.

VMWare (VMW +0.81%) jumped 8% in after-hours trading after it reported Q2 adjusted EPS of 97 cents, better than consensus of 95 cents.

Spirit Airlines (SAVE +0.74%) lost over 6% in after-hours trading after it reported Q2 TRASM (total revenue per available seat mile) down -14.3% y/y at the lower end of initial guidance range.

Hudson Technologies (HDSN +7.98%) surged over 30% in after-hours trading after the U.S. Department of Defense awarded Hudson a 5-year contract worth up to $ 400 million.

Sep E-mini S&Ps (ESU16 -0.22%) this morning are down -5.00 points (-0.23%). Monday’s closes: S&P 500 +0.24%, Dow Jones +0.09%, Nasdaq +0.65%. The S&P 500 on Monday closed higher on reduced geopolitical concerns after Turkish President Erdogan put an end to Friday’s failed coup attempt. Stocks were also boosted by strength in bank stocks after Bank of America rose by more than 3% after reporting better-than-expected Q2 EPS. Another positive factor was increased M&A activity after SoftBank Group Corp bought ARM Holdings Plc for $ 32 billion. Stocks were undercut by the -1 point decline in the U.S. Jul NAHB housing market index to 59, weaker than expectations of unchanged at 60.

Sep 10-year T-note prices (ZNU16 +0.20%) this morning are up +9 ticks. Monday’s closes: TYU6 +5.00, FVU6 +3.25. Sep T-notes on Monday recovered from a 3-week low and closed higher on carryover support from a rally in German bunds and on the unexpected -1 point decline in the U.S. July NAHB housing market index. T-notes were undercut by reduced safe-haven demand for T-notes after Turkish President Erdogan regained control of the government following Friday’s failed coup attempt.