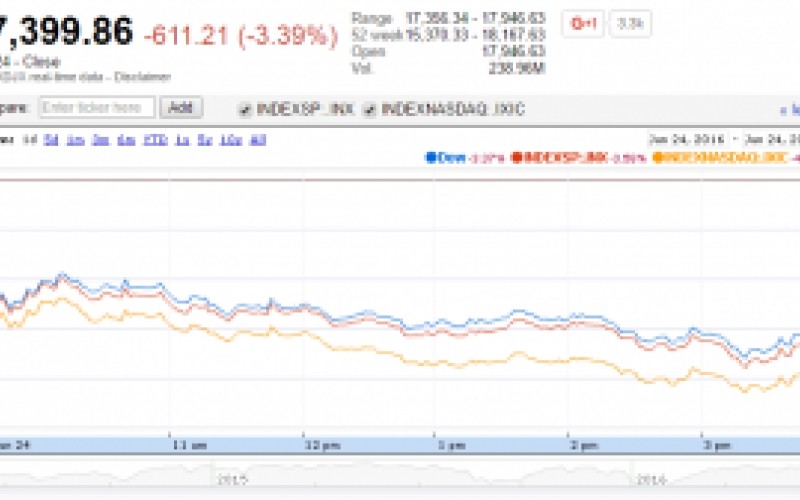 An exit vote from the U.K. led to substantial losses for stocks in the U.S. as companies and investors evaluated how the exit would affect global trade, international sales and currency valuations among other factors.

The day’s news is expected to continue affecting stocks as the U.K. takes steps towards new ties with the EU countries which could take a few years to reorganize. The country’s Prime Minister also announced his departure which will leave the country under new transitional leadership.

In the U.S., economic indicators reported on Friday included durable goods orders, consumer sentiment and the Baker-Hughes Rig Count. Durable goods orders were lower for the month with a -2.2 percent decrease. The University of Michigan’s Consumer Sentiment report showed an index level of 93.5 which was down from 94.3. The Baker-Hughes Rig Count added 4 rigs to increase to 497 for the week.

In the Dow Jones Industrial Average stocks leading losses for the day included the following:

In commodities, gold traded higher as evidenced by the SPDR Gold Trust which reported a gain of 5.95 points or 4.96 percent. The dollar was higher for the day as the U.S. Dollar Index gained 2.34 points or 2.51 percent to 95.55. The 10-year Treasury yield was lower at 1.56 percent.