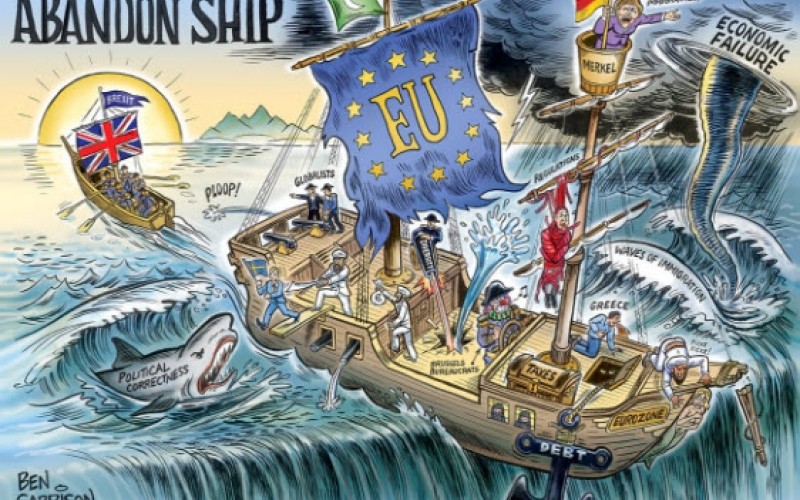 If This Happens, Gold Will Be The World’s Strongest Currency

The headlines go from bad to worse for the UK and EU establishment as yet another new poll this weekend, by Opinium, shows “Brexit” leading by a remarkable 19 points (52% chose to leave the EU against 33% choosing to keep the status quo). This result comes after 2 polls Friday night showing a 10-point lead for “leave” which sparked anxiety across markets. This surge in “leave” probability comes despite an additional 1.5 million voters having registered this week (which many expected to increase “remain” support). Further anger towards EU was exposed when former cabinet minister Iain Duncan Smith warned that seven new prisons will need to be built in the UK by 2030 to cope with the rising number of migrant criminals (presumedly due to ‘staying’ in the EU). With market anxiety rising, as One River’s CIO notes, if Brexit happens, gold will soar. 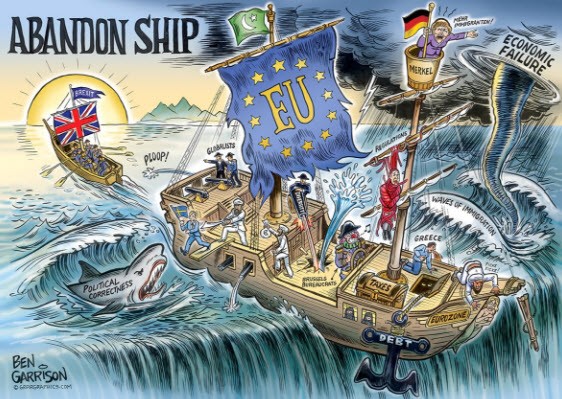 A NEW poll has given those wishing to leave the EU a remarkable 19-POINT lead over Remain. As The Express reports,

Despite there being less than two weeks before the crucial referendum, on June 23, a further 15 per cent said they still didn’t know.

Of those who voted to leave the majority, 39 per cent, said that Britain should have some sort of Free Trade Agreement with the EU, similar to the one currently enjoyed between the US, Canada and Mexico.

Speaking last night Robert Oulds, director of the Bruges Group, said it was important to drive home the fact that a post-Brexit Britain will have a range of options which allow trade with the European Economic Area.

Furthermore, many Brits are talking about Iain Duncan Smith’s claims the UK already spends £150m a year housing EU criminals, and that, if Britain “remains” in the EU, seven new prisons will need to be built in the UK by 2030 to cope with the rising number of migrant criminals… (via Sky News)

This is the equivalent of another seven jails the size of Full Sutton prison in York, which can accommodate 606 inmates.

Mr Duncan Smith believes that if the UK remains in the EU, the problem will only worsen in the years to come – with the likes of Turkey, Macedonia and Albania vying to join the bloc.

The Conservative MP and Out campaigner said: “Our prisons already hold over 4,000 criminals from the EU, costing taxpayers more than £150m a year.

“Our analysis shows UK taxpayers will have to pay an extra £400m just to keep EU criminals in jail. It will mean prisons are more crowded, less safe and less able to prevent inmates returning to crime.

“If we vote to leave, we can take back control of our borders and send EU criminals back to their own countries. We will be able to keep out terrorists and kick out criminals.”

Vote Leave’s estimate, which is based on net migration levels from the EU continuing at a rate of 184,000 a year until 2030, have been questioned by Britain Stronger In Europe.

“And if you polled every one of us who wager for a living, I reckon 90% would say the Brits Bremain.” I mooed in agreement, nose nestled in tail, huddled in the herd.

He mooed back. “But the polls are 50/50, margin-of-error kind of stuff, and they were pretty good in the Scottish referendum, the London mayoral vote too.”

Brexit would be as shocking for markets as it is unlikely. Which is why no one can ignore it. “All I know is that if it happens, gold will be the strongest currency in the world.”

Which may explain this… 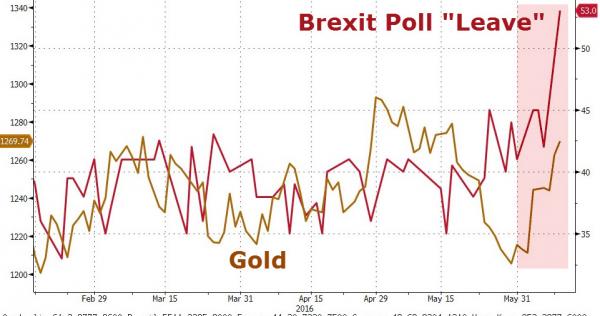 Leader of the opposition to answer questions on the referendum on June 20 on Sky News
BBC will host TV debates June 15 and June 21
The June 21 debate may prove to be a key market event, Credit Suisse says in a client note
Campaigns are expected to turn their focus to encouraging the electorate to vote; turnout could play a vital role, Jamie Searle at Citigroup writes in client note; The lower the turnout, the better it is thought to be for “leave”

Remain’s lead in Standard Chartered’s poll of polls is 7ppt, suggesting the outcome is still uncertain
Citigroup analysts said last week they are increasingly concerned on the polls and the implication for domestic political stability after the vote due to growing rancor within the Conservative Party
JPMorgan’s Malcolm Barr though says the supposed move toward leave looks more like noise than signal
SEB says probably need a 10ppt lead in polls to be certain they’re predicting the outcome correctly; Standard Chartered would review downside call for the GBP, if poll of polls consistently showed more than a 13ppt lead for remain, analyst Eimear Daly writes
Estimated odds of Brexit by UBS WM, Citigroup, IHS, SocGen and Eurasia range from ~30% to 40%; Julius Baer cut the est. probability to 30% vs 30%-40%

WHAT HAPPENS IF THE REMAIN CAMP WINS?

Even if the U.K. votes to remain in the EU, divisions resulting from the vote could lead to early elections, according to Morgan Stanley analysts – The bank’s economists say even if the “Remain” camp wins, slower growth and weaker inflation would push a BOE rate increase back to early 2017
Meanwhile, ING analysts say if the U.K. votes against Brexit, the BOE could lift rates as soon as Nov.; BNY Mellon analysts note GBP strength after the Scottish referendum faded just hours after the result
Julian Wolfson, co-head of research & political strategist at Odey Asset Management, says issues are likely to continue even if the U.K. votes to stay and Brexit risk could linger for GBP

WHAT HAPPENS ON A BREXIT?

ECB stands ready to offer euro liquidity via swap lines, Governing Council member Ilmars Rimsevics said
Govt paper on the process of withdrawing from the EU shows U.K. and union members will have 2 years to negotiate initially; period can be extended if all remaining 27 members agree
Much of debate over a potential exit centers on how easy it will be for the U.K. to sign new trade deals and whether the country becomes a less attractive place to invest outside the EU
BofAML economists say an exit would mean the U.K. would have to renegotiate deals with other regions in addition to Europe; populist backlash in the U.S. and elsewhere may make new agreements difficult
Large current-account deficit is one of U.K.’s key economic vulnerabilities, CBA analysts write in note – Uncertainty after a “leave” vote could increase risk premia in GBP assets; investors would want higher rate of return to compensate for perceived risks or may simply reduce exposures
Replacing lost FDI likely to spur higher risk premia in a range of sterling assets, BOE deputy governor Ben Broadbent said last month
MPC won’t be able to immediately offset all effects of shocks, Carney said
Capital Economics says ECB may need to take further action; such an outcome could cause financial-market volatility, potentially adverse effects on euro-area economy and financial sector
In event of Brexit, “referendum-itis” will be catching from Catalonia to Netherlands, in France could change the outcome of next year’s presidential election, Wolfson says