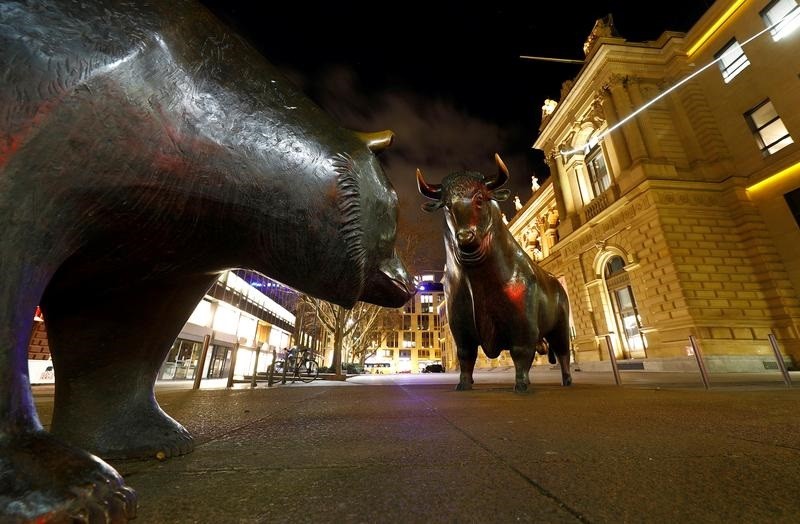 China’s economic recovery accelerated in the third quarter as consumers shook off their coronavirus caution, although the weaker-than-expected headline growth suggested persistent risks for one of the few drivers of global demand.

Gross domestic product (GDP) grew 4.9% in July-September year-on-year – slower than forecast by analysts in a Reuters poll but faster than the 3.2% growth in Q2. Though despite the headline disappointment, analysts were encouraged by a broader upturn in consumption and continued factory strengthThe yuan CNY= softened on the back of the numbers. The global recovery practically depends on China’s recovery, as demand and production in the world’s second largest economy keep the world economy ticking over.

A robust reading was expected to support policymakers’ prudence, with Tuesday likely to usher in a sixth straight month with China’s benchmark interest rate on hold.

Britain’s messy divorce with the European Union is likely to remain in the spotlight, keeping the pound jittery in response to comments from both sides about whether or not a trade deal is likely before a final Dec. 31 deadline.

EU leaders agreed at their Oct. 15-16 summit to more talks but are ready for no deal. The three main areas of contention are fair competition, dispute resolution and fisheries.

The pound could gain from signs the UK will not quit the talks. But the prospect of negotiations dragging on, undermining the economic outlook just as the coronavirus cases rise again, could weigh on sterling.

Just as tighter European restrictions to contain COVID-19 fuel concern about economic activity, the third-quarter earnings season about to start in earnest may prove a beacon of hope.

According to Refinitiv I/B/E/S data, analysts are increasingly upbeat on earnings from companies listed on the pan-European STOXX 600 index .STOXX.

The expected decline, which peaked at more than 50% during spring when a large part of Europe was under strict lockdown, has softened to an average drop of 36.7% year-on-year, down from a 40% decline forecast a month ago.

There’s talk that analyst estimates may be too conservative. The STOXX 600 is currently trading just below the mid-point of the 10-percentage-point range it has held since June. A positive third quarter could push stocks higher.

Uneven global growth and ample supply have pressured energy prices during U.S. President Donald Trump’s term, with U.S. crude prices CLc1 down around 20% since Trump’s January 2017 inauguration. Energy .SPNY is the only major sector in the S&P to be in the red since then.

A November election win for Democratic challenger Joe Biden could bring more unease about greater regulation and an emphasis on green policies.

So, stay away from energy stocks? Perhaps not — Goldman Sachs does not expect the U.S. election to change its bullish outlook and reckons an overwhelming Democratic victory could be a positive catalyst for the sector.

The tone in markets suddenly appears to have echoes of March, when the coronavirus outbreak in Europe sparked a dash into safe-haven bonds and cash.

Increased restrictions to contain a second wave, including in capitals such as London and Paris, are fuelling unease. Safe-haven German 10-year bond yields have tumbled 10 bps to levels last seen in March; and alongside U.S. and UK yields are set for the biggest weekly drop in months.

Investors are now watching for signs of economic damage — the October flash purchasing manager index numbers for the euro zone are due out Friday.

Not all bond markets will benefit from the jitters. Italian bond yields, which just a few days ago hit record lows on expectations of more central bank stimulus, have been hurt as investors ditch riskier assets. That’s what happened in March. Déjà vu, anyone?