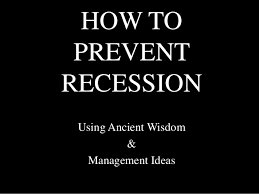 Will the Fed Cut Interest Rates to Prevent Recession? 6 Predictions

Now that Fed Chair Jerome Powell has spent a couple days answering questions on Capitol Hill, the world wants to know: Will there be a rate cut? Powell says he sees “an economy that’s in a good place,” but also sees business investment slowing, much of it based on uncertainties surrounding trade. Regarding interest rates, he said many of his colleagues believe “a somewhat more accommodative monetary policy may be appropriate.” Sure sounds like a cut is coming. But should the Fed cut rates? And if so, why?

Perhaps nobody is better at seeing both sides of an issue than those connected to the financial industry. After all, for every investment they make, there is someone on the other side of the transaction with just as compelling a reason (or reasons) to sell. Here’s where six Wall Street watchers stand on arguments for and against a rate cut—and their predictions for what the Fed will actually do at its next meeting on July 30th-31st.

Argument FOR a cut: Global growth decelerated sharply during the fourth quarter of last year, catching policy makers by surprise. Fiscal stimulus from President Trump’s tax cuts is largely being offset by tariffs, which are essentially a tax on trade. If the Fed does not cut now, it risks deflation, a phenomenon it has little experience with.

Argument AGAINST a cut: The recent slowdown in trade and capital spending can be traced directly to the on-again off-again trade negotiations. While the issues underlying these negotiations are deep and varied, as the election nears, it’s increasingly likely that they may be reconciled at a moment’s notice. This would quickly restore confidence in the business community, helping to reinvigorate growth.

What the Fed will do: Cut rates by 25 bps. (Until recently, he believes the markets were placing too high a probability on a 50 bps cut.)

Argument FOR a cut: There are enough little weeds starting to pop up to hinder economic growth that they should AT LEAST give back the 50 bps “mistake” they made at the end of 2018. Those “weeds” are uncertainties such as a slowdown recently in business investments, a prolonged no-deal with China, and of course a weak Europe that’s looking rather deflationary, which is not good.

Argument AGAINST a cut: The only reason the Fed should not lower rates is to spite President Trump.

Argument FOR a cut: To be in line with global interest rates, which will continue to fall. In addition, the Fed—despite pressure from some to raise rates—would show it’s still flexible in its policy by cutting.

Argument AGAINST a cut: The economy is not actually weak.

What the Fed will do: After strong jobs numbers last week, the Fed is less likely to cut rates. But our view remains that rates are headed toward lower yields, starting with 25 bps.

Argument FOR a cut: As suggested by Chairman Powell, as a preventative measure; and to offset deleterious impact on U.S. growth and confidence as a result of the trade war.

Argument AGAINST a cut: Cutting might be seen as bowing to political pressure, especially given strong jobs report from last week.

What the Fed will do: We think a cut of 25 bps is the most likely outcome; but with perhaps not as dovish an accompanying statement as expected.

Argument FOR a cut: To act as an insurance policy to sustain the economy. We are seeing slowing (but still positive) economic growth in the U.S., but slowing demand overseas. And since there is no inflation in the system, lower rates can be justified.

What the Fed will do: I would expect that the Fed would cut 25 bps and then wait and see what happens. Future decisions will be data dependent, which would show that they are accommodative. But they will also be pragmatic, as economic data can be volatile and not present a clear trend in the short term.

Argument FOR a cut: The Fed has to cut because the market will get crushed otherwise. The amount of corporate and government debt is mind boggling and represents a tremendous risk to the economy. Sixty-percent of Nasdaq constituents have junk bond rated debt. And the federal government must refinance over $ 10 trillion of U.S. Treasury debt within the next few years. Rising interest rates increases those borrowing costs. The Fed really is on a razor’s edge.

What the Fed will do: Cut by 25 basis points.

In sum, the small consensus on Wall Street is that the Fed will most likely cut rates, starting with 25 bps. But is it acting prematurely? The newest data shows jobless claims are better than expected and inflation is higher than expected. Meanwhile on Thursday the Dow hit an all-time high during trading, breaking the 27,000 mark. Does that sound like the time that the Federal Reserve should be cutting rates?

As the saying goes, we certainly live in interesting times.