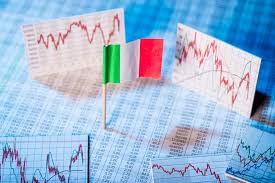 Stock investors aren’t supposed to be superstitious, but some market boogeymen are known to predict recessions with impressive accuracy. One of them returned this week for the first time since 2007: the inverted yield curve.

In good economic times, yields on government bonds tend to track an upward curve, since longer-term bonds carry a higher risk of inflation. The curve inverts when shorter-term debt—like 3-month Treasury notes—offer a higher interest rate than a longer-term bond such as the 10-year Treasury bond. When that happens, investors start to worry that a recession is coming in the next 6-to-18 months.

On Friday, the yield for 10-year Treasuries fell below that for 3-month Treasuries, marking the first appearance of such an inversion since 2007, months before the financial crisis triggered a stock-market rout. If the inversion persists in coming weeks, it could be a bad sign for stocks.

The yield curve (3-month bills/T-note) has inverted. If it stays that way, on average, for a quarter, history suggests we see a recession within 18 months. https://t.co/L5OIwy2GbK pic.twitter.com/enw70sG7zd

While any near-term recession is unlikely to match the scale of the Great Recession of a decade ago, the appearance of the inverted yield curve triggered enough stock selling to send the S&P 500 Index into its biggest one-day tumble since January.

Not all investors regard a yield inversion as a harbinger of a recession, although the event has a rather unsettling track record of predicting recessions in recent decades.

“Every U.S. recession in the past 60 years was preceded by a negative term spread, that is, an inverted yield curve. Furthermore, a negative term spread was always followed by an economic slowdown and, except for one time, by a recession,” Michael Bauer and Thomas Mertens, two Federal Reserve research advisors in San Francisco, wrote in a 2018 paper on the topic.

Adding to the selling pressure Friday was a report from IHS Market that said the preliminary U.S. Manufacturing Purchasing Managers’ Index, which surveys companies on their business conditions, fell to 52.3, its lowest level in 21 months. Together with the inverted yield curve, the data added to concerns that a global economic slowdown will take its toll on U.S. stocks.