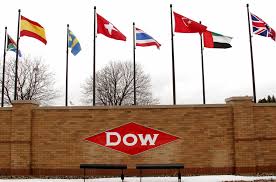 The Dow Had Its Worst Week in 10 Years. Here’s How the Grinch Stole the ‘Santa Claus Rally’

The Grinch, it seems, has not only stolen the Santa Claus rally, but left investors a lump of smoking coal.

For much of the past three months, investors weathered week after week of volatile selloffs awaiting the year-end buying spree known as a “Santa rally.” Days before Christmas, however, stocks fell to new lows. The Dow Jones Industrial Average just ended its worst week since 2008, falling 7%.

According to Bespoke Investment, the S&P is on track to have its worst December since 1931, when it dropped 14.5%. The S&P 500 is down 11.4% so far this month. The Nasdaq 100 fell into bear-market territory Friday, down more than 20% from its August high. Six tech giants—Apple, Facebook, Amazon, Netflix, Alphabet, and Microsoft—have lost a collective $ 1.2 trillion in market cap, the Wall Street Journal said.

The litany of bearish factors driving down the market is by now familiar: The Federal Reserve, still concerned about inflation, is raising interest rates; a U.S.-China trade war that is hurting Chinese stocks and dragging down global economic growth; a Brexit crisis worsening by the week; a growing consensus that corporate earnings will have peaked in 2018.

Increasingly, strategists and executives are feeling emboldened to place blame at the door of the White House. FedEx CEO Fred Smith, a longtime Republican, blamed President Trump and other political leaders this week for his company’s grim outlook for 2019. On Friday, Abby Joseph Cohen, one of the most respected market strategists, also cited the Trump administration as a factor in this week’s selloff.

“We’re dealing with this major change with regard to risk tolerance, which is being fueled and exacerbated by many of the decisions in Washington,” Cohen said in an interview with Bloomberg Friday. “I’m not talking about the Fed, I’m talking about the confusion having to do with the government shutdown, the confusion in the President’s cabinet, and so on.”

It’s not so much that the economy is ailing right now—U.S. gross domestic product is expected to grow 3% in 2018, its strongest year since 2005—or that earnings won’t grow in 2019. It’s more that a looming government shutdown and turmoil in the Trump administration is leaving investors so uncertain the’ve become risk-averse.

“Looking at the economic policy, the recognition is that the big fiscal stimulus through the tax cut really was perhaps only a sugar high, and trade policy is really at this point quite erratic,” Cohen said. “I think that investors are nervous that the arithmetic assumptions in their earnings forecasts may be tossed up in the air.”

For market contrarians, there are always silver linings to be found in stormy markets. For one, stocks in the S&P 500 have an average price-earnings ratio of 19.5, down from 25.3 a year ago, according to Barron’s, suggesting that some stocks are returning to attractive values. Also, stock trading volume spiked this week to the highest level of 2018, a possible sign that buyers are beginning to re-enter a turbulent market.

And historically, stocks have rebounded after having a bad quarter. Bespoke looked at all the quarters since World War II when the S&P 500 had lost more than 10%. In 16 out of 19 instances, the benchmark stock index saw positive returns in the following quarter.

If you’re thinking about getting out of equities now, here’s a look at the S&P’s performance after 10%+ down quarters since WW2: https://t.co/H4p1RcpfIn pic.twitter.com/TZGsWFtiLn

That may not bring much comfort to investors whose stock portfolios have fallen into the red for 2018. But should the uncertainty pass and the market stabilize, there could be a chance for bargain-hunting—and maybe to get a step ahead of market Grinches next year.