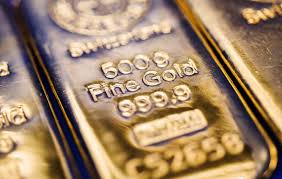 John Thornton is a Goldman Sachs alumnus educated at Yale, Harvard and Oxford. Mark Bristow is a South African geologist and big-game hunter.

Together, this corporate odd couple has a plan to turn around the lagging fortunes of the world’s largest gold-mining company, whose shares are down 67 percent from their high in 2010. Thornton, executive chairman of Barrick Gold Corp., set the partnership in motion when he announced a deal for smaller rival Randgold Resources Ltd. for $ 5.4 billion in September. He tapped Bristow, Randgold’s chief executive officer, to be the CEO of the combined companies.

Thornton is getting a maverick, but also a CEO whose company’s share price has gained about 5,300 percent since the end of 1999, making it the best-performing stock in London’s FTSE 100 Index this century.

The two senior executives, who declined to be interviewed for this story, need to improve the quality of Barrick’s mine portfolio by wading into some of the world’s riskiest jurisdictions while keeping an iron grip on costs. If their strategy succeeds, it could become a model for the beleaguered $ 100 billion gold mining industry, according to Joe Foster, a New York-based portfolio manager at Barrick’s largest shareholder, VanEck Associates Corp.

“The risk and the opportunity here is imposing the financial discipline, exploration methods and management style of a regional gold company — Randgold — on the largest gold company in the world,” Foster says.

Gold miners are in a tight spot. At roughly $ 1,250 an ounce, the price of their product remains a third below its 2011 peak. The metal has been largely resistant to the geopolitical and inflation-related scares that have made it a safe haven in the past.

Perhaps their biggest challenge will be coaxing investors back into gold, no matter how well they run the company, according to Hunter Hillcoat, a London-based analyst at Investec Securities Ltd., who recommenced buying Randgold shares until the merger. “Does the world care about having a preeminent gold play?” he says. “That ultimately comes down to the attractiveness of gold.’’

At the decade’s start, many companies bet on costly takeovers and mine developments that racked up debt but didn’t pay off. At least, not for shareholders. Industry executives reaped handsome rewards.

Last year, Barrick paid Thornton $ 7.7 million in salary and incentives; Randgold paid Bristow $ 9.6 million. That’s about double the compensation of the CEOs of some of the world’s biggest mining companies, including Rio Tinto Group.

That said, a coalition of large investors, led by billionaire John Paulson, ranked Thornton and Bristow highly compared with their gold mining peers. The group likes that they have each been his company’s largest individual shareholder. Thornton has about a $ 68.3 million stake in Barrick; Bristow owned about $ 70.6 million worth of Randgold stock.

When the merger was announced, Thornton vowed the “New Barrick” would be the best gold company on the planet, with the least leverage, best returns, and at least five of the top-10 gold assets in the world.

In August, Thornton said he also wants to join with China on more projects around the world. Other partnerships could include the governments of Saudi Arabia or even Pakistan, people familiar with the company’s strategy say.

But, as CEO, Bristow will have to turn around some current ventures. For example, the Pascua-Lama development in the Andes was closed amid environmental opposition on the Chilean side of the border.

His biggest headache will be Barrick’s majority-owned African subsidiary, Acacia Mining Plc. Arguing Acacia wasn’t sharing its spoils fairly, Tanzania banned exports of unprocessed metal in 2017 and slapped the company with a $ 190 billion tax bill — equal to almost two centuries worth of revenue.

In November, the Tanzanian Prevention and Combating of Corruption Bureau charged an employee, a former employee and two of its business units with various charges including tax evasion, forgery and money laundering. All have pleaded not guilty. A report by Rights and Accountability in Development, or RAID, a U.K. charity, said last year at least 22 people had been killed and 69 injured at Acacia’s North Mara mine since 2014 in clashes with security forces.

Acacia declined to comment. The company has repeatedly said that the situation at the mine, where it says it has struggled with trespassers looking to steal gold-bearing material, is improving. In its annual report, it said intruder fatalities fell to two last year from 17 in 2014.

Fixing Acacia will also mean repairing relations with its management after Thornton blindsided the team last year. As the Acacia board met in London, Thornton flew into Dar es Salaam by private jet, engaged in a six-hour meeting with Tanzanian President John Magufuli, and announced a preliminary deal that included a $ 300 million payout that now seems close to being finalized.

Then, there’s the classic risk of any merger: the culture clash. Thornton, 64, is unfailingly genteel and rarely makes public comments. An erudite Sinophile, Thornton teaches global leadership at Tsinghua University in Beijing and is chairman emeritus of the Brookings Institution, the Washington think thank.

Bristow, 59, cuts a swashbuckling figure. Within days of the merger, newspapers featured photos of him, dressed in khaki shorts with a gun in hand, beside slain animals including an elephant and a zebra. Not even in charge yet — the deal is slated to close on Dec. 31 — Bristow has already tripped over his tongue. He suggested the company might have to take Acacia private, then backtracked.

And he’s made no secret of his dislike of investment banking, Thornton’s former profession. Bankers are always trying to make money for themselves while hurting shareholders, he’s said repeatedly in more colorful language: They like to “mix ice cream and cow s—.”

Still, Thornton has probably realized he needs help to take the company to the next level, says VanEck’s Foster. “This is now Mark Bristow’s company and I think John knows that.”