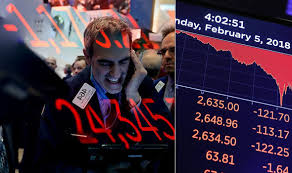 Facebook’s worst day in four years dragged the stock market down.
Facebook tumbled 7% on Monday, helping to pull the tech-heavy Nasdaq 1.8% lower and S&P 500 1.4%. It was the Nasdaq’s worst day since February 8.

The Dow fell as much as 493 points. The average closed down 336 points, or 1.4%, and is back in negative territory for the year.

Big tech companies, including Facebook (FB), Amazon (AMZN), Netflix (NFLX)and Google (GOOG), have powered the market’s climb, but all four slipped Monday. The S&P’s tech sector fell 2.1% and was the worst performing sector on the index.

Facebook is under pressure from lawmakers in both the United States and the UK after more than 50 million users’ data ended up in the hands of data firm Cambridge Analytica.

“When you have real damage to a large enough company, that translates into the indexes as a whole,” Brad McMillan, chief investment officer at Commonwealth Financial Network, said.

Democratic Senator Amy Klobuchar has called on Zuckerberg to appear before Congress to testify about “what Facebook knew about misusing data from 50 million Americans in order to target political advertising and manipulate voters.” John Kennedy, a Republican senator from Louisiana, joined Klobuchar in calling for Zuckerberg to testify.

Related: Why nobody can tell Mark Zuckerberg what to do at Facebook

Investors worry that new regulations on Facebook or an exodus of users from the platform could slow down one of the world’s most valuable companies and chill the tech sector’s rise.

Wall Street is also weighing President Trump’s next move on trade with China and the first Federal Reserve meeting with Chairman Jay Powell at the helm beginning Wednesday.

The White House confirmed to CNN last week that the administration is considering tariffs on at least $ 30 billion worth of imports from China. The move would be retaliation for alleged Chinese technology intellectual property theft. Trump has already imposed tariffs on steel and aluminum, setting off fears of a wider trade fight that could threaten the economy.

“As you continue to investigate harmful technology and intellectual property practices, we ask that any remedy carefully consider the impact on consumer prices,” the letter stated.

Investors are also preparing for the Fed to raise rates when it meets Wednesday for a two-day policy conference. CME Group predicts a 94% chance the Fed hikes rates by a quarter percentage point.

Related: Trump spending spree may speed up the Fed

“We have a lot more uncertainty with respect to the Fed than we’ve had in years,” McMillan said. “Everyone believes Chair Powell is similar to Chair Yellen, but we don’t really know.”

McMillan argued the Fed’s path to gradually normalize interest rates, which have been at historical lows since the 2008 financial crisis, is a sign of the economy’s strength.

“This is essentially the Fed endorsing the fact that the market is growing. I think the market reaction ultimately would end up being positive.”

Stovall of CFRA Research is projecting the Fed will raise interest rates three times in 2018, but investors have left open the possibility of a fourth.

Higher interest rates bring down the value of stocks by making borrowing costs higher for companies. As rates climb higher, returns in the bond market can start looking more appealing than riskier stocks.