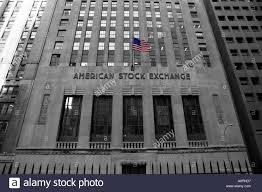 The SEC Just Blocked the Chinese Takeover of a U.S. Stock Exchange

The top U.S. financial regulator has blocked the takeover of the venerable Chicago Stock Exchange by a Chinese-led consortium, two years after it was proposed.

The 136-year-old exchange (known as the CHX) is not one of America’s biggest exchanges—it handles about 1% of U.S. trades—but it is one of its oldest. If the deal had gone through, it would have marked the first takeover of a U.S. exchange by Chinese interests.

The deal was proposed in February 2016, with the acquiring consortium led by Chongqing Casin Enterprise Group. Casin had the goal of listing Chinese companies in the U.S., and the CHX would have provided a route for doing this when the relevant firms did not meet the standards of the Nasdaq or New York Stock Exchange.

The Committee on Foreign Investment in the United States (CFIUS) cleared the takeover in December of that year, indicating that it presented no national security concerns.

However, the Securities and Exchange Commission (SEC) said on Thursday that it could not go through as it did not comply with rules on ownership and voting limitations.

The regulator said the exchange didn’t have enough access to key information about the new owners’ funding and relationships, so it was unlikely that it would be able to monitor what was going on upstream.

“We therefore find that the exchange has not provided a sufficient basis for us to conclude that it would be able to ensure compliance with the ownership and voting limitations following consummation of the proposed transaction,” the SEC wrote in its notice nixing the deal.