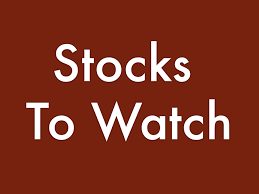 Stocks: 5 things to know before the bell

1. Topsy-turvy stocks: The volatility of the past few trading days could continue into Wednesday.
U.S. stock futures are moving down, indicating all the major indexes could drop by about 1% at the open.

Meanwhile, European markets are in recovery mode after falling by 2% to 3% on Tuesday.

News that German Chancellor Angela Merkel had struck a deal with her center-left rivals to form a coalition government could be supporting market sentiment. The breakthrough follows four months of uncertainty.

Asian markets ended with mixed results. The Shanghai Composite dropped by 1.8% on Wednesday. It’s lost as much as 8% since a recent peak in late January.

On Tuesday, after a gut-wrenching drop in the morning, U.S. markets staged a big recovery. The Dow Jones industrial average closed with a 2.3% gain, while the S&P 500 rose 1.7% and the Nasdaq surged by 2.1%.

2. Wynn steps down: Steve Wynn has stepped down as CEO of Wynn Resorts after allegations of sexual misconduct piled pressure on the billionaire casino mogul and sent the company’s stock tumbling.

Wynn Resorts(WYNN) said it has appointed Matt Maddox, who currently serves as the company’s president, as its new CEO with immediate effect.

Wynn, 76, has denied the accusations of misconduct, which gained widespread attention in late January after an investigative report by The Wall Street Journal detailed numerous allegations against him, citing dozens of sources.

But investors were rattled by the allegations. Wynn Resorts shares have plunged more than 18% since the Journal report. The stock was down about 1.5% in premarket trading.

The stock soared more than 20% in extended trading following the results. If the gains hold when markets open Wednesday, the stock could top its IPO price of $ 17 for the first time since July.

Snap’s sales climbed to $ 286 million in the fourth quarter, up 72% from the same period a year earlier, as the company transitions to an automated ad sales auction similar to Google (GOOGL) and Facebook (FB).

4. Earnings watch: Hasbro (HAS), Humana (HUM) and Michael Kors (KORS) are set to release earnings before the open.

Then 21st Century Fox (FOXA), Allstate (ALL), Tesla (TSLA) and Yum China (YUMC) are releasing earnings after the close.

Shares in Chipotle (CMG) and Disney (DIS) are making big premarket moves after the companies released quarterly results on Tuesday. Chipotle stock is dropping by about 8% while Disney is rising by about 3%.

Shares in SoftBank surged by nearly 4% in Tokyo after the tech group released its latest earnings.