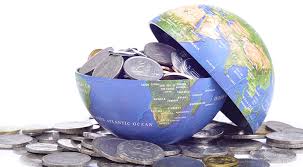 CEO Optimism in the World Economy Has Reached a Record High

CEOs aren’t letting geopolitical uncertainty, corporate ethics scandals, and the job-killing risks of artificial intelligence get them down. No, chief executives are in fact reporting a record level of optimism in the world economy this year, according to a report PwC released at the World Economic Forum in Davos, Switzerland on Monday.

Of the nearly 1,300 CEOs surveyed, 57% predict “improved” global economic growth this year, nearly double the percentage who said the same last year and the first time the share of optimists has surpassed the 50% mark. That positive view translates to the CEOs’ own businesses in the short term, with 42% saying they’re “very confident” in their own organizations’ growth prospects in the next 12 months, up from 38% last year.

What’s making chief executives so upbeat? PwC points to last year’s economic record: “When all the data is in, 2017 will almost certainly turn out to be the best year the global economy has seen since 2010. Most of the world’s major economies are experiencing positive growth in contrast to the situation just a few years ago.”

CEO outlook is especially rosy in the U.S. Confidence in their own business growth prospects for this year spiked to 52% from 39% in 2017, now that election year jitters have dissipated and the Trump administration has passed corporate tax cuts and rolled back regulation. The positive near-term outlook among CEOs in North America overall is at historic levels. “The last time North American CEOs were this exuberant was in 2007, the year before the global financial crisis,” the report says.

But CEO optimism is more tepid when leaders are asked about their organizations’ growth prospects in the long-term. More CEOs say they’re “somewhat confident” rather than “very confident” when the view is extended to three years.

The opposite is usually true: CEOs are generally more confident about the longterm than the immediate future. In analyzing this point, PwC again recalls the 2008 financial downturn. In the two years preceding the Great Recession, “very confident’ levels began their descent,” it says. But PwC warns against reading too far into the trend. “It may simply be harder for CEOs to see beyond the near term. So much has happened in political arenas around the world that expert observers could not have predicted.”

There are plenty of worries clouding a CEO’s perspective. Top among them—for 10 years running—is over-regulation. But geopolitical uncertainty, terrorism, and cyber threats are increasingly weighing on the minds of CEOs.

Given CEOs’ confidence in the economy, as reported by PwC, it’s not surprising that they’re less concerned about uncertain economic growth this year than last. It dropped from CEOs’ No. 2 worry last year, to No. 13 this year.

One question accompanying chief executives’ optimism is whether it will make any difference beyond the C-Suite. The answer is yes, by at least one measure of its reach. PwC reports that 54% of CEOs are planning to hire more employees in 2018, up from 52% last year.