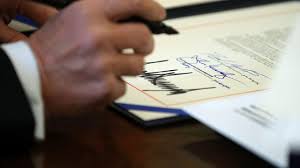 High earners are expected to generally benefit from big income-tax cuts under the $ 1.5 trillion tax reform bill signed into law by President Trump before Christmas. (And yes, the beneficiaries most likely include President Trump himself.) But there’s one group that isn’t feeling quite so confident: residents of states with their own high rates of state and local taxes—or SALT, for short.

Under previous tax law, most people could deduct the amount of taxes they’d paid on property, sales or income from the adjusted income they reported on their federal tax returns. But the new law caps SALT deductibility at $ 5,000 for single filers and $ 10,000 for couples.

States that qualify as “high tax” include many coastal states where costs of living in the major metropolitan areas and their suburbs also run high, including California, New York, and New Jersey. In Oregon, which has relatively high state and local taxes, The Oregonian estimated that 40% of residents used the SALT deductions under the previous tax code; the paper estimates that the new law will add $ 2,800 to the average tax bill in that group. It’s also unclear whether the new law will hurt tax revenues in high-tax states, in ways that might paradoxically push them to raise taxes even more.

Still, if you’re above a certain net worth, the impact you face in state taxes can be reduced. For starters, for many high earners, the problems posed by the cap on SALT deductions could be outweighed by other benefits.

Under previous tax law, anyone making above a certain amount – $ 313,800 for couples filing jointly in 2017 –faced a ceiling on how much they could subtract from their taxable income through itemized deductions. That limit no longer exists, so wealthy individuals can now deduct even more than they used to in other categories, despite the SALT reductions. “This nuance is really good news for high net worth individuals,” says Kathy Pickering, executive director of The Tax Institute of H&R Block.

But if you’re really looking to reduce your state income tax bill, there are more dramatic moves you can make.

Move yourself
Sometimes, says accountant Ryan Losi, when advising clients who live in a high-tax state, “I tell them to move.”

That’s not as drastic an idea as it may sound. Losi, executive vice president at the accountant firm Piascik, works with a number of business leaders who have built sizeable organizations, and have the opportunity to run their company through telecommuting. Your state tax liability depends on where you earn your living, not on the location of the headquarters of the company that pays you. So a mobile-minded CEO or chairman could choose to live in Florida, where there’s no income tax, and manage a business based in, say, Virginia from afar.

If you choose to go this route, make sure to evaluate your entire tax exposure. While you may reduce your state income tax, property taxes could double or triple, depending on where you move.

Move your assets
A more complex strategy allows you to diversify your asset mix without a massive bill. Let’s say you own an income-producing property, like a group of apartments, in a high-tax state like New York. You bought it 20 years ago for $ 1 million; now it’s worth $ 20 million and you’d like to sell.

Instead of simply selling and collecting a taxable windfall, you can conduct what’s referred to as a “like-kind exchange.” You can take the money you just received for selling in property A and reinvest it in a similarly priced property B–and by doing so, you can defer your tax liability. But let’s say property B is in a low-tax state like Texas, and you sell the property, say, a year later. In this case, none of the profits “would be subject to New York taxes” says Losi. Instead, it would fall under the very friendly Texas tax doctrine. Caveat: Not all states allow this maneuver outside of their borders.

Save for your future
The most basic way to avoid paying state taxes comes with strategic retirement planning. By diverting some of your income into tax-deferred accounts like 401k or IRAs, you can defer paying state taxes (as well as federal taxes) until you’re ready to use the funds in retirement. Congress considered removing or capping this tax break, but changed their minds under heavy pressure from lobbyists and the public.

By the time you’re ready to start withdrawing and owing taxes on the money, you can move to the sandy beaches of a low-tax town. There’ll be nothing your current high-tax state can do to get the funds. And that hasn’t changed.