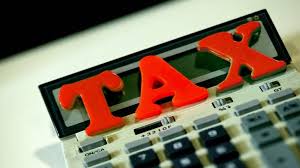 Congressional Republicans’ final tax legislation proposes cutting taxes as expected for businesses, the wealthy and some middle-class Americans, according to a summary seen by Reuters on Friday, with decisive votes expected next week in a critical moment for the party and President Donald Trump.

But three Republican senators, enough to defeat the measure, were still uncommitted: Susan Collins, Jeff Flake and Mike Lee. With Democrats solidly opposed, Republicans can afford to lose only two votes from within their ranks and still win passage in a chamber that Trump’s party controls by a slim 52-48 margin.

The bill would cut the corporate income tax rate to 21% from 35%, according to the summary. Corporate tax lobbyists have been seeking such a dramatic cut for many years.

It would also create a 20% business income tax deduction for owners of “pass-through” businesses, such as partnerships and sole proprietorships; allow for immediate write-off by corporations of new equipment costs; and eliminate the corporate alternative minimum tax, according to the summary.

Since they swept to power in Washington in January, Trump and the Republicans have not managed to pass any major legislation and have lost closely watched elections in Alabama and Virginia, while Trump’s public approval ratings are at historically low levels.

Ramming the sweeping tax package through Congress would represent their first significant legislative achievement and fulfill promises about a tax overhaul that Trump made to voters last year on the way to his unexpected capture of the White House.

Trump wants a bill on his desk before the Dec. 25 Christmas holiday so he can sign it into law and finish 2017 with at least one big win in Congress before the 2018 mid-term election campaigns, when Republicans will have to defend their Senate and House of Representatives majorities.

Democrats have called the Republican tax legislation a giveaway to corporations and the wealthy that would drive up the federal deficit.

The Republican bill would maintain the existing seven individual and family income tax brackets with rates of 10, 12, 22, 24, 32, 35 and 37 percent. That top rate, for the highest-earning Americans, would be cut from today’s 39.6%.

Stock markets have been rallying for months in anticipation of sharply lower tax rates for corporations, wealthy financiers and business owners, all of which the bill would deliver.