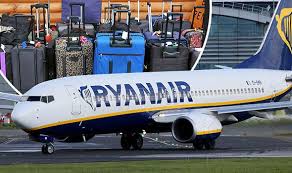 1. Mighty Mouse: Disney is spending $ 52 billion for most of 21st Century Fox, but there are still some unanswered questions about the blockbuster deal.

What will regulators think? One issue is the sheer number of media properties the deal would bring together.
The U.S. Justice Department will consider to what extent the new company could dominate the market and use its increased leverage to force cable companies and other distributors to pay more to carry Disney (DIS) and Fox content.

What will happen to James Murdoch? There had been some speculation that Rupert Murdoch’s son James, currently CEO of 21st Century Fox (FOX), would move over to Disney in a senior role, possibly as successor to CEO Bob Iger. But in a conference call with investors, Iger said that no immediate plans had been developed.

And what about Fox’s $ 15 billion deal for European pay TV provider Sky (SKYAY)? That takeover was announced a year ago, but has suffered from a series of delays.

Disney says that Fox will work to push the deal through. Analysts say it might not be that simple.

2. Unions at Ryanair: The budget airline that built its business around minimal perks — for customers and employees — said Friday that it would recognize pilot labor unions for the first time.

Ryanair(RYAAY) pilots in Ireland, Britain, Germany, Italy, Spain and Portugal will now have more power to bargain with the airline.

The move is designed to head off a strike by pilots during the crucial holiday travel period.

“Putting the needs of our customers first, and avoiding disruption to their Christmas flights, is the reason why we will now deal with our pilots through recognized national union structures,” CEO Michael O’Leary said in a statement.

3. Speaking of planes: There’s been a major leadership shakeup at Airbus (EADSF), and current COO Fabrice Brégier appears to have been left standing when the music stopped.

Airbus said in a statement that Brégier, president of the company’s commercial aircraft business, will leave the company. He had been touted as a possible successor to CEO Tom Enders, who will stand down in April 2019.

Guillaume Faury, who heads the company’s helicopter division, was named as the next leader of the commercial airline business. Could he now be next in line for the top gig?

Airbus said it will consider insiders and external candidates for CEO in 2018.

European stocks were mixed in early trade, while most Asian markets ended in negative territory.

Investors are largely being left to their own devices. There are no major earnings reports on the agenda and the economic data cupboard is bare.

The Dow Jones industrial average, S&P 500 and the Nasdaq took their foot off the gas on Thursday, posting losses of 0.3% to 0.4%.