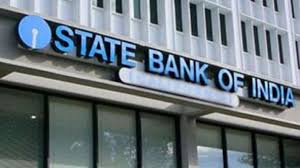 Kumar, 59, is one of the bank’s four managing directors. He replaces Arundhati Bhattacharya who is due to step down on Friday after being at the helm for four years.

The change comes at a time when SBI, which accounts for more than a fifth of India’s banking assets, has seen bad loans rise after it absorbed five subsidiary banks earlier this year.

Still, SBI under Bhattacharya has been credited for faring better than its rival state-run lenders which account for the bulk of $ 140 billion in soured loans plaguing credit growth and weighing on Asia’s third-biggest economy.

Kumar, who has been with SBI since 1980, has worked across departments including credit, project finance, foreign exchange and retail banking. He also worked for SBI overseas in Canada and the United Kingdom.

Ahead of the news, SBI shares closed 0.8 percent higher in a Mumbai market up 0.56 percent.