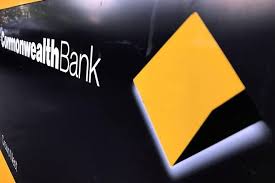 Australia’s Commonwealth Bank is Being Sued Over Money Laundering Disclosures

Australian litigation financier IMF Bentham Ltd said it would fund an open class-action lawsuit against Commonwealth Bank of Australia (cmway) in relation to allegations it oversaw thousands of breaches of anti-money laundering rules.

IMF said on Tuesday it would bankroll the class action on behalf of all CBA shareholders who bought stock between August 17, 2015 and August 3, 2017, without elaborating on the reason for that time frame.

The decision to file a lawsuit comes a day after a management shakeup at the country’s biggest lender, which will see three of its nine non-executive directors leave over the next 12 months.

Last month, financial crime fighting agency AUSTRAC alleged CBA oversaw tens of thousands of illicit transfers amounting to A$ 624.7 million from 2012 to 2015, including some by known criminal gangs.

CBA has said it accepts that illicit money transfers took place through its accounts, but it has blamed a coding error for most of them and says it will contest its level of responsibility.

IMF Bentham said in a statement its lawsuit would allege the bank breached its continuous disclosure obligations to shareholders and made “misleading public statements” about its compliance with anti-money laundering rules.