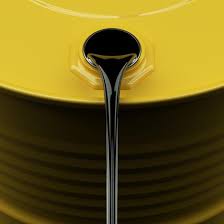 4 Converging Factors That Could Cause an Oil Supply Shock

Four years ago, in the five months between November 2013 and March 2014, the price of coffee nearly doubled. A confluence of factors converged in those months, the most prominent being a drought in Brazil.

Something similar may be about to happen with oil in the coming weeks and months. Another confluence of factors appears to be converging on the oil markets. A doubling of the oil price to nearly $ 100 seems quite a stretch, but it is not out of the realm of possibility. At the very least, we are likely to see oil and energy stocks trend higher over the coming months.

First, we have Tropical Storm Harvey, soon to be Hurricane Harvey, about to make landfall in Texas, threatening one-third of U.S. oil refining capacity. In the short term this could negatively affect oil prices because refineries will be demanding less crude as the storm approaches. However, commodity traders can expect prices to slingshot higher in the aftermath as refineries will be bidding for oil in order to make up for lost production. Longer term, a disruption in production will obviously crimp supply, pushing oil prices higher than where they otherwise would be had the storm not been a factor.

Second, we have a scheduled powwow of sorts between OPEC and non-OPEC oil producers on Sept. 22. Meetings like these in this sort of oil pricing environment are designed to encourage speculators and cause price spikes on the announcement of some production cutting agreement or other. With oil still under $ 50, there is almost no chance the meeting participants will agree on boosting production. At the very least, supply cut extensions can be expected. At most, deeper production cuts may be announced.

Third, we have Qatar, an OPEC member, restoring diplomatic ties with Iran, the archenemy of the ruling Saudi royal family and kingpin of OPEC. This restoration of ties is sure to anger Saudi Arabia, which has already sanctioned and cut off ties with Qatar. Qatar produces about 650,000 barrels of oil per day, not a huge amount but enough to crimp supply further down the line if Saudi Arabia decides to take any sort of forceful action in order to punish Qatar and reaffirm its alpha status at the head of OPEC.

Fourth, and perhaps most consequential, is proposed U.S. sanctions against Venezuela, particularly its government debt. The Trump administration is reportedly considering banning U.S. banks from buying new Venezuelan debt, which the Venezuelan government desperately needs to sell in order to keep the lights on at its state-owned oil fields and refineries. Cutting off Venezeula from the debt markets could cause Petróleos de Venezuela, the state-owned oil production company, to cut production for lack of cash flow. There is quite enough chaos going on in the socialist country already, which has brought oil production significantly lower. Forcing a national default could bring production to a literal standstill.

Any one of these factors by itself would not be cause for alarm in the energy sector. But since they all seem to be occurring simultaneously, oil markets could be in for an upside price shock in the coming months.

All this on top of oil stocks at 52-week lows mean energy stocks could be a great buy right now.