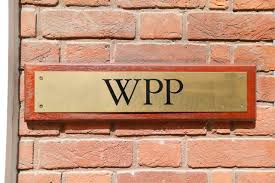 Shares in the world’s largest advertising company dropped by more than 10% on Wednesday after it warned that fierce competition could wipe out revenue growth this year.

London-based WPP said that it was expecting revenue growth of between 0% and 1% for 2017, down from an earlier forecast of 2%.
“In the last year or so, growth has become even more difficult to find,” the company said in a statement. “Competition is fierce and as image in trade magazines, in particular, is crucial to many, account wins at any cost are paramount.”

WPP(WPPGF) said that consumer goods companies in particular have been under “consistent pressure” to get their costs under control, and are now spending less on ads. The sector accounts for roughly a third of WPP’s revenue.

WPP, which owns agencies including Ogilvy & Mather, operates in an industry that is rapidly shifting from traditional to digital advertising. Digital now accounts for 41% of revenue, with Google (GOOGL, Tech30) and Facebook (FB, Tech30) ranking as the company’s first and third largest media customers.

But as advertisers direct more dollars to digital, many are demanding proof that the ads are translating into sales.

“Even the growth of the digital marketplace has been dogged by issues such as measurability, viewability, fraud, and fake news,” WPP said.

WPP warned that the slump in growth may continue, saying that 2018 is “unlikely to be much different.”