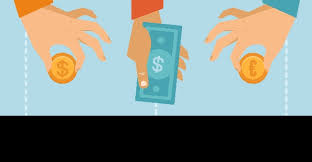 Will Equity Crowdfunding Live Up to Its Hype?

The JOBS Act, with its crowdfunding provision, was supposed to be kick off a revolution. Now anyone could invest in high-risk startup equity. It was supposed to disrupt the entire business of venture capital. Equity for all!

And then it took four years to implement. Equity crowdfunding for everyone finally became legal last May. And then…. we barely heard a whisper about it. Today, legally dubious crowdfunded “initial coin offerings,” where companies sell digital tokens, have stolen the hype. I recently spoke with Indiegogo founder Slava Rubin about what’s going on.

Rubin admits it’s been a slow start to equity crowdfunding in general. “It’s so new that so few people know about this,” he says. “There’s going to be the early adopters who are willing to rake risks and those things will go well or they’ll learn from them ,and then they’ll be able to tell their neighbors or their friends.” Every Indiegogo equity campaign the company has hit its target, Rubin. The company has purposely chosen a diverse group of companies to start with, ranging from software and hardware companies to distilleries, restaurants and even movies.

It’s a tiny part of Indiegogo’s business, but Rubin says it is growing much faster than the core business did in its early days. When Indiegogo launched in 2008, and it took three to four years before the idea of crowdfunding came close to hitting the mainstream. In ten years, Rubin expects equity crowdfunding will have a “massive impact” and be a “game-changer.”