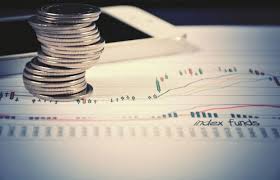 Believe the Market, Not the Headlines

The effect has been to frighten many investors out of the market at a time when some great returns are to be had. If you allow yourself to be panicked out on down days then rushed back in on up days, you’re going to need a lot bigger supply of Rolaids.

Year to date, the Standard & Poor’s 500 is up 9.5%. The Dow Industrials are up 6.2%. People like me are up a wee bit less, not because we give a hoot about the headlines but because we are asset allocators who own some income, some nonmarket-sensitive (but market-traded) smart beta alternatives, some REITs and actually keep a little cash on hand for emergency withdrawal or overreactions that drive some of our favorite stocks down. (This also makes those down days a lot less terrifying!)

Along the way as the “wisdom of the markets” has taken most stocks higher, the headlines have read as follows:

Immediately following the election, New York’s Daily News showed a photo of the White House. Superimposed were the words “House of Horrors.” From Germany Das Bild showed a photo of five women, ostensibly American, wailing and crying, with the headline “Wie konnte das passieren?” (How could this happen?) In New Zealand it was “Dear America…NO, YOU CAN’T!” Marches against the victory, lawsuits, demands for recounts, and “Not my president” campaigns began the very next day. That day the Dow was up 263 points. By month-end it was up 807.

Since then every month, every week, every day the bulk of the headlines, and the stories that followed, headlines have been unfailing in predicting doom and gloom if not outright apocalypse. That includes the current brouhaha characterized by MarketWatch’s current headline story titled “Trump threatens shutdown over border-wall funding, predicts end of NAFTA,” with the subheading “President rails against opponents, perceived slights at Phoenix speech.” This is how MarketWatch editors explain Wednesday’s 87-point drop. I say it had and has little to no impact whatsoever.

After nearly 10 months of this steady drumbeat of negative headlines, with teeth-gnashing and hair-pulling over everything from “War with North Korea?” headlines to the flavor of toothpaste Ivanka Trump uses, one would imagine the market must be crushingly disappointing during this time. Um, no. It’s actually up another 2,688 points since the end of November 2016.

Now before the comments this article engenders degenerate into the safety-of-anonymity talkfest between anti-Republicans, anti-Democrats and the Merry Minuet (“I don’t like anybody very much”) crowd, please note that my observations about the market success are not an endorsement or a repudiation of President Donald Trump’s policies. Quite the opposite!

If the U.S. stock market declined 87 points every time Trump sprinkled some fairy dust over his most ardent supporters the Dow would now be at a negative number. Why isn’t it?

Because on balance American companies are getting leaner and more competitive. And it is reflected in their R&D successes, other innovations, revenues and earnings.

Because consumers, by and large, thanks to low interest rates are getting a handle on the biggest indebtedness most of us will ever carry (more than six times bigger than student debt) – our home mortgages.

Because whether you see our president as a saint or a devil, it is not his tweets, his outbursts or his playing to his base for applause and admiration that count. It is the policies his administration pursues.

So far the “wisdom of the markets” seems to believe that the tweets and such are distractions, just chaff, while the wheat harvest seems to be coming along in fits and starts but at least moving in the direction of a favorable harvest.

What we are doing for our clients and our family accounts and advising our Marketplace subscribers to do is remain diversified across a broad set of asset classes to avoid over-concentration in one subset of investing opportunities like the S&P 500 or NASDAQ 100.

Further, we are keeping some powder dry.

Finally we are trusting the direction the markets are sniffing out – but keeping a tight leash on them. We do this by using trailing stops, some of which are quite close to current prices.

Keep your eye on the ball. It isn’t to be found from the seats occupied by the spectators, fans or detractors. It’s on the playing field itself.

(2) Past performance is no guarantee of future results. Rather an obvious statement, but too many people look solely at past performance instead of seeking the alpha that comes from solid research and due diligence.