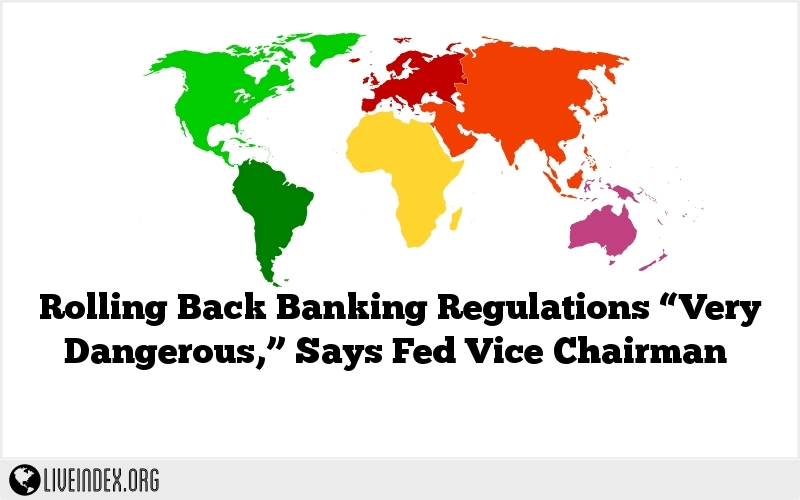 Federal Reserve Vice Chair Stanley Fischer has sounded the alarm at Republican plans to roll back regulations for the country’s largest banks.

President Trump and the Republican-controlled Congress have vowed to free banks from what they see as over-regulation in the wake of the financial crisis, arguing that elements of the Dodd-Frank Wall Street Reform Act and other post-crisis rules have crimped lending and starved the economy of credit. The Treasury issued a major report in June recommending a broad relaxation of regulation, including changes to how often and how rigorously the Fed “stress tests” the system.

The same month, the House approved the Financial Choice Act.

“I am worried that the U.S. political system may be taking us in a direction that is very dangerous,” he told Financial Times in an interview. “It took almost 80 years after 1930 to have another financial crisis that could have been of that magnitude. And now after 10 years everybody wants to go back to a status quo before the great financial crisis. And I find that really, extremely dangerous and extremely short-sighted.”

All of the country’s largest bank passed this year’s ‘stress tests’ – the Fed’s regular review of their balance sheet strength – with flying colors.

However, the biggest risk now is complacency, Fischer said.

But while banks’ balance sheets themselves look stronger, Fischer argued that the shadow banking system, the complex web of liabilities that banks accumulate through off-balance sheet activities, still operates much as before. Fischer called this a “terrible mistake.”

Fischer was speaking ahead of the Fed’s annual gabfest at Jackson Hole, Wyoming, the most closely-watched central bankers’ gathering of the year. Fischer, who has been at the hawkish end of the spectrum as regards the Fed’s desire to return interest rates to a more “normal” level, indicated that he wasn’t convinced of the need to raise rates again any time soon.

“I’m not sure where that discussion is going to end up,” he said. “This continuation of lower than expected inflation rates is something we have to think about.”