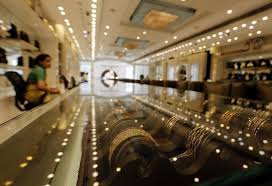 Gold has long been heralded as a safe haven for investors.

When stocks get hammered in a crash, gold generally rises or trades flat.

And though investors can now buy inflation-protected Treasuries here in the United States, gold is also frequently used as a hedge against inflation.

But an unlikely contender has risen up through the ranks to fight against stock shocks: cryptocurrencies.

As you may know, the stock market has been on a tear since Donald Trump won the presidential election last year.

In each of those “shocks,” the price of gold saw an uptick.

But here’s the kicker…

Gold gained 0.7%, while Bitcoin rose 1.2% — nearly twice the move of the precious metal.

How did gold fare in the face of the stock pressure? A mere 2.5% gain — less than a 10th of Bitcoin’s surge.

Of course, Bitcoin hasn’t undergone a true “safe haven” test against a stock market correction (a drop of 10% or more) or even a bear market.

Over the last 12 months, Bitcoin has made an average upward daily move of 0.5%, with a standard deviation of 3.6%.

The larger an asset’s standard deviation, the more “risky” it is.

But if the uptrend in price during stock market dips holds up, Bitcoin is making a strong case for inclusion as a safe-haven asset.

One that, used as a hedge against stocks, could line your pocket with far greater profits than gold.