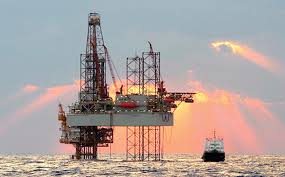 There are many possible ways our expectations could turn out to be wrong. Some believe demand for oil will peak shortly. (I do not). Some feel like OPEC won’t maintain the production cuts. Either of these scenarios would be bearish for oil prices.

But what is given little consideration is the possibility that the U.S. oil production increases that have occurred in recent months may not be sustainable. If U.S. production slowed down, it would be a seriously bullish price signal for oil. So this topic warrants further investigation.

Here is what weekly crude oil production in the U.S. has looked like for the past ten years:

Fast-forward to October 2016, and oil production once again began to rise after it had fallen for more than a year. Since then, oil production has increased at an annualized rate of about 1.3 million BPD. From last October’s lows, more than 800,000 BPD had been added per last week’s Weekly Petroleum Status Report, published by the Energy Information Administration (EIA).

At that rate of increase, indeed the OPEC cuts could be entirely offset by surging U.S. shale production by early 2018. Concern that this may happen has been a major bearish factor weighing on oil prices. But two recent data points indicate that this may not be a safe assumption.

Last month the EIA raised some eyebrows when it projected that productivity from new wells in the Permian Basin was set to decline for the first time since they first tracked that metric in 2013.

Then this week the EIA reported a nationwide crude oil production decline of 100,000 BPD from the previous week. This was the first substantial decline since production began to rise last October. The decline was a surprise, and likely the reason oil prices remained firm even though this week’s inventory report was more bearish than expected.

Of course, this could turn out to be an anomaly. There were some substantial declines on the way up the production slope from 2012 to 2015. However, the price of West Texas Intermediate (WTI) averaged $ 95/bbl during those years. Right now the price is under $ 45/bbl. There have certainly been cost reductions in the oil patch over the past five years, but it’s hard to imagine that drilling will continue to be as prolific as it was when oil was $ 50/bbl higher.

Ultimately, though, it’s still going to come down to inventory levels. But if U.S. shale oil production stumbles, that situation will resolve itself sooner than expected.