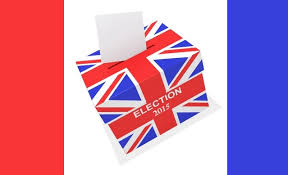 Fed is set to raise rates this week despite political tumult

The Washington political world is in disarray. Britain’s election tumult has scrambled the outlook for Europe. And economies in the United States and abroad are plodding along at a pace that hardly suggests robust health.

Yet when the Federal Reserve meets Wednesday, it’s all but sure to raise its benchmark interest rate for the third time in six months — a pace the Fed would normally adopt when it’s trying to slow an economy at risk of overheating.

So why the rush to keep raising rates?

Even with the economy growing sluggishly, the barometers the Fed studies most closely have given it the confidence to keep gradually lifting still-low borrowing rates toward their historic norms.

Though the Fed monitors the overall economy, its mandates are to maximize employment and stabilize prices. And hiring in the United States remains solid if slowing, with employment at a 16-year-low of 4.3 percent — even below the level the Fed associates with full employment.

Inflation has been more problematic, having long stayed below the central bank’s 2 percent target rate. But Fed officials have said they think inflation, which has recently slowed further, will soon pick up along with the economy.

That said, no one expects the Fed to turn aggressive. If nothing else, the political fights and uncertainty in Washington — over investigations into Russia’s ties to President Donald Trump’s campaign, health care legislation, tax cut proposals and about whether Congress will raise the nation’s borrowing limit and pass a new budget — could lead the Fed to raise rates more slowly than it otherwise would.

“We are looking at a very messy summer in terms of policy in general, and that may cause the Fed to retreat to the sidelines for a while,” said Diane Swonk, chief economist at DS Economics of Chicago.

Uncertainty also surrounds the Fed’s policy committee’s membership. Trump is expected soon to fill three vacancies on the Fed’s influential board, and those new members, depending on who they are, could alter its rate-setting policy.

Given all that isn’t known, some analysts say an additional rate hike that they had expected in September, to follow the increase they foresee this week, might not happen until December.

“I don’t think there will be any retreat from the Fed’s desire to stay on course for gradual increases in interest rates, but the frequency of the increases may be spaced out over a longer period,” said Sung Won Sohn, an economics professor at the Martin Smith School of Business at California State University.

The CME Group’s tracking gauge shows that market traders see a 96 percent probability that the Fed this week will raise its target for the federal funds rate — the interest that banks charge each other — from a range of 0.75 percent to 1 percent to a range of 1 percent to 1.25 percent.

The Fed had kept its benchmark rate at a record low near zero starting in late 2008 to try to boost consumer and business borrowing and lift the country out of the worst downturn since the 1930s. It raised the rate modestly in December 2015, then waited a year do so again. It acted again in March and has projected a total of three rate increases this year.

Fed officials have said they think the economy, now entering its ninth year of expansion, no longer needs the ultra-low borrowing rates they has been supplying. Besides stepping up its pace of rate increases, the Fed has also signaled that it’s pondering a plan to begin reducing its enormous portfolio of bonds. At the depths of the recession, the Fed began buying Treasury and mortgage bonds to try to depress long-term loan rates. That effort resulted in a five-fold increase in its portfolio to $ 4.5 trillion.

In a statement the Fed will release Wednesday — and in a news conference by Chair Janet Yellen to follow — officials may begin to disclose details of how they will begin to pare the bond portfolio, likely by slowing the reinvestment of maturing bonds.

The Fed has been buying bonds to replace those that are maturing and to keep its balance sheet from shrinking. Some analysts have suggested that the Fed will eventually allow a small amount of bonds to mature without being replaced — an amount that would gradually rise as markets adjusted to the process.

Some news reports have mentioned leading candidates to fill the three vacancies on the Fed’s seven-member board. They include Randal Quarles, a top Treasury official in two past Republican administrations, for the vice chairman’s job of overseeing bank regulation. Marvin Goodfriend, an economist at Carnegie Mellon University, has been mentioned for another board spot, and Robert Jones, chief executive of Old National Bancorp in Indiana, reportedly is a candidate for a board seat designated for a community banker.

The betting is that the administration will choose officials who will tilt the Fed toward a more “hawkish” stance. Hawks tend to worry that rates kept too low for too long could escalate inflation or fuel asset bubbles. By contrast, “doves” favor the direction taken under Yellen, favoring relatively low rates to maximize employment.

“I think we are going to end up with a Fed that leans more in a hawkish direction,’” said economist David Jones, the author of several books on the central bank. “The big question is what will they do about Yellen.”

Yellen, the first woman to lead the Fed, is serving a term that will end in February. So far, Trump has sent conflicting signals about whether he plans to nominate her for a second term.