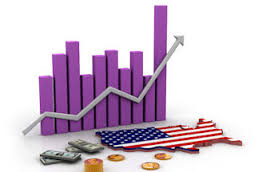 The latest jobs report was strong. You could call it remarkably strong, even. The economy added 235,000 jobs and the unemployment rate remained low.

The report showed that goods-producing sectors added 95,000 jobs, the most in one month since March 2000. Part of those gains is probably due to seasonal factors, like milder than usual winter weather. But even so, hiring by construction firms and manufacturers seemed significant.

Not surprisingly, President Donald Trump was quick to re-tweet a celebratory note from the Drudge Report, touting the numbers as “GREAT AGAIN”.

And in an interview on CNBC, one of his top economic advisors, Gary Cohn, said the report “reaffirms everything that we’re trying to do.”

But while the latest hiring numbers are indisputably positive, it could be a YUGE mistake for the White House to celebrate those gains.

First, remember, on the campaign trail, Trump didn’t trust those “phony” statistics and neither did his base. Why should that stop now?

Second, it’s far too soon for Trump to take credit for gains in the job market. The stronger hiring began well before his inauguration during Barack Obama’s presidency. Likewise, many of the big jobs announcements Trump likes to take credit for, like those made by Exxon Mobil earlier this month, stem from plans made long before the 2016 election.

And third, Trump’s plans for economic stimulus, including regulatory and tax reform and infrastructure spending, depends partly on his ability to continue selling the message that the American economy is still a “disaster.”

If the economy is indeed near full employment, what’s the rush to push through more stimulative policies that could perhaps lead the economy to overheat?

Instead, don’t be surprised if you soon see Trump return to one of the alternative employment measures he cited on the campaign trail, which still shows 40% of Americans over age 16 are not working.

Known as the employment-population ratio, this is a broader measure of the U.S. population that includes not only the traditional workforce, but also Americans who simply do not want to work. It currently shows 60% of the population, over age 16, is working, and the reverse, 40%, are not.

Now to be clear, this is a misleading metric, and economists would argue it was ill-advised for Trump ever to focus on it. But as we know, Trump doesn’t take advice from traditionalists.

The problem with it is that a large portion of the unemployed included in the 40% number are people like retirees, stay-at-home parents, and, most ridiculously, even full-time high school students. In contrast, the traditional unemployment rate measures only the population that wants to work, and that’s why it’s considered a more relevant depiction of the economy.

But at the same time, it’s unfair to say that Trump’s preferred unemployment rate is completely bogus. His rate does capture some Americans who have been left out of the current recovery, have been on the losing end in the jobs market to free trade, as well as technology, and have been largely ignored, and marginalized, by Washington. These are the voters Trump rallied in the election, and who overwhelming voted for him for the White House. They did better in February’s jobs report, but are still largely on the sidelines of the U.S. workforce.

And that’s why Trump cheering his first jobs report, even a good one that happened completely under his presidency, is a big risk. Cheer too loudly from the White House and Trump risks turning off the very people who sent him there.