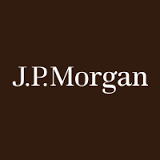 Jamie Dimon, the head of J.P. Morgan Chase, says that America needs tax reform, not mainly for his bank and its clients, but for workers. The CEO of the nation’s largest bank says that he believes the biggest impact lower corporate tax rates will have on the country will be to boost wages.

“It about capitalism,” says Dimon. “Lower taxes are not going to mean that businesses are going to have forever higher profits. It’s going to go somewhere. And though it sounds counter-intuitive, studies show that thing that is impacted the most from lower corporate tax rates will be wages.”

Dimon made his comments to analysts and others during the bank’s annual investor day on Tuesday. But they came just hours before Donald Trump is expected to address the Congress on the issue. Some have worried that Trump, while talking about tax reform on the campaign trail, might put other issues like healthcare and border issues first. And market watchers have said investors will be listening to President Trump’s speech for clues to when his administration might tackle the tax code.

Dimon on Tuesday predicted that if Trump made repealing Obamacare a priority, then it could be 12 months or more before we see any meaningful change in the tax code. But Dimon signaled that he thought it should be a priority.

“We have been driving brains, capital, business, and research away from this country,” says Dimon. “It’s not hurting J.P. Morgan Chase. It’s hurting the average american worker.”

Indeed, J.P. Morgan (jpm) released its official financial statements on Tuesday evening detailing what it has been previously reported, that the bank earned nearly $ 25 billion last year. It beat earnings expectations in the fourth quarter. Bank executives painted a rosy scenario for the bank for 2017 as well during the presentations throughout the day.

While they came for news about the bank, analysts peppered Dimon with questions about what he thought the new administration might do. Dimon appeared to be a front runner to head the Treasury under Trump, before apparently turning the President down. He is a member of Trump’s CEO strategic advisory panel.

Among the questions Dimon was asked was whether he thought the administration has been a good sounding board for business, which he did not answer. Dimon did seem to side with Trump on the idea that regulation and not a slowdown in productivity or some other factor is the reason the U.S. economy has grown less recently than in the past.

“I do not believe the United States is growing slow because of some permanent state of affairs, stagnation, new normal—I don’t buy any of that,” says Dimon. “I think the reason we are growing so slow is because of ourselves and out policies.”