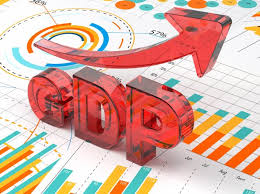 Donald Trump has promised to boost spending and slash taxes, at time when unemployment is already at historic lows. That’s fueled both stocks and consumer confidence to record highs since the election. But it’s also fueled fears that inflation could soar.

At least for now, though, evidence of Trumpflation—the idea that wages and prices will also rise on the back of more stimulative fiscal policy—is hard to find.

Revised data on economic growth, released Tuesday , show that the Federal Reserve’s preferred measure of inflation was only 1.2% in the fourth quarter—well below the central bank’s 2% target. Economists had been expecting the metric would be revised slightly upward. Instead, it nudged slightly lower.

That measure, which tracks the prices of core personal consumption expenditures, strips out food and gas costs, which can be volatile.

Of course the fourth quarter’s PCE reading looks at October through December, which is before Trump took office. But even still, economists are predicting the key inflation metric will remain below the Fed’s 2% target into the spring.

This is important because the Federal Reserve next meets in two weeks and policymakers will weigh the latest inflation data as they consider hiking interest rates. While bond markets have largely been betting on more rapid inflation and as many as three interest rate hikes this year from the Fed, comments by Trump’s recently appointed Treasury Secretary Steve Mnuchin last week indicated it may take longer for the president’s fiscal policy changes to materialize than investors had previously hoped.

Mnuchin said it may take until August for Congress to pass a tax reform package and indicated the economy may not rev up to a 3% growth rate until 2018. In contrast, President Trump has pledged a return to 4% growth. Investors will be looking for more details on fiscal policy proposal when Trump speaks before Congress Tuesday evening.

The latest GDP report released Tuesday showed the economy grew at a 1.9% annualized rate in the fourth quarter, unchanged from prior estimates.