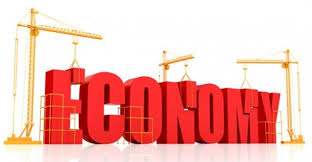 Steven Mnuchin proved a smooth, persuasive salesman for the Trump economic manifesto in his first television interviews as Secretary of the Treasury on Thursday morning. But his ideas clash with the agendas of powerful Republicans in Congress. To win the backing of the Capitol Hill crowd, the former Goldman Sachs honcho will need to display the kinds of adroit diplomatic skills his boss lacks.

Fielding questions on CNBC and Fox Business News, Mnuchin renewed Trump’s pledge to lift annual GDP growth to at least 3% for years to come. As for timing, he predicted that the economy should achieve that pace by the end of 2018. He was conciliatory on trade, the issue that most worries business leaders and traditional conservatives, declaring that he seeks a “win-win” agreement with Mexico, and declining to excoriate China for manipulating its currency, a charge the President slings with relish. And he made the surprising statement that the stock market will be a “scorecard” by which to measure the Trump administrations’s success, an idea that may lose its luster if and when the current bull market runs out of steam.

Mnuchin either sketched, or declined to specify, the administration’s positions on five issues where the administration harbors big differences with Congress–differences that must be bridged to advance the Trump platform from aspiration to legislation. (The summaries below reflect quotes from both the CNBC and Fox Business interviews.)

1. Selling the plan with dynamic scoring

“The plan should not be judged on how much it reduces U.S. tax revenues without taking into account economic growth,” Mnuchin declared. To pass its tax bill, the administration will probably need to use the “reconciliation” route requiring just a 51-vote majority in the Senate. But reconciliation comes with tight restrictions. A measure passed under this procedure cannot increase federal debt in the period following the 10-year budget window. In the past, the Joint Tax Committee, which “scores” legislation, has had to use “static” models assuming that the bill did nothing to lift economic growth. The old rules could well have killed the Trump plan.

But new House rules, adapted in 2015, enable the JCT to score major bills “dynamically,” projecting their effect on future growth, and how much that extra juice would lift tax revenues to offset losses from reductions in rates. Mnuchin states that the Treasury will conduct its own score for the Trump plan, and that “our growth assumptions will be higher than what [the JCT] uses to score the plan.”

The Treasury estimates will be mainly a political tool. Trump and Mnuchin will tout the program as driving so much expansion that it pays for itself. But the score that counts is the one determined by the JCT. For Mnuchin, the challenge is designing a bill that clears the bar required for reconciliation, at the lower-than-Trump growth estimates expected from the JCT.

If Mnuchin embraces the House tax plan, that could happen. According to scoring by the free-market leaning Tax Foundation, whose growth projections in the past have approximated the JCT’s, the House plan, dynamically scored, increases the debt by a relatively miniscule $ 191 billion over the next decade. Given the trend, it appears that the House bill. as it stands now, might meet the requirements for reconciliation.

“Mnuchin could take one of two routes,” says Scott Greenberg of the Tax Foundation. “He could submit a plan like the House proposal that will meet the dynamic scoring test when it’s first submitted, Or, he could submit a more aspirational plan as a negotiating tactic. That plan would need to be adjusted in Congress so that it meets the JCT’s scoring requirements.”

The House plan, however, works because it contains the controversial Border Adjustment Tax (BAT) that raises $ 1.1 trillion over ten years. So dynamic scoring isn’t enough to get the bill to reconciliation. It requires the BAT as well.

That brings us to a second important point:

2. Extreme caution on the border tax

The Treasury secretary’s take on the BAT evokes Shakespeare’s line, “damn with faint praise.” “We haven’t come out with our view on the BAT, and what aspects may or may not be included,” he declared. “It has certain complexities and assumptions on what happens with the currency.” Mnuchin added that he’s listening carefully to complaints lodged by companies. Those that import lots of components from abroad, and retailers who buy everything from toys to clothes from, say, China or South Korea, for sale at superstores in the U.S., adamantly oppose the BAT.

But the BAT is a giant money-raiser in the House plan. Without the revenues it generates, the administration would have to scuttle or weaken its proposal for sharply lowering corporate tax rates, or even eliminate the 100% expensing provision. Mnuchin must surmount the biggest roadblock facing the administration: Deciding whether to embrace a revolutionary tax plan that swaths of American business hate, or seriously dilute the President’s signature initiative.

3. Whither Fannie and Freddie?

During the campaign and confirmation hearings, Mnuchin advocated removing Fannie Mae and Freddie Mac from government control. The housing giants, along with the FHA, provide backing for around 9 in 10 home loans written in America, by providing guarantees on mortgage-backed securities. Today, Fannie and Freddie are effectively owned by the Treasury, and the government banks all of their profits.

Jeb Hensarling (R-Ga.), chairman of the House Financial Services Committee, has proposed a bill that would wind down the GSEs, so that they would vanish in five years. Mnuchin said that he’s been talking to Hensarling. But while championing reform, he doesn’t appear to support Hensarling’s draconian solution. “We can’t leave these entities in the exact state they are under government control,” he said. “This issue was just kicked down the road.” Then, Mnuchin hinted support for a more centrist solution. “We went to make sure there is liquidity in the 30-year mortgage,” he noted.

Supporters of government guarantees often say the 30-year loan would become endangered if the Treasury yanks its support for housing. A bill in the Senate sponsored by Tim Johnson (D-SD) and Mike Crapo (R-Id) would establish a new agency called the Federal Mortgage Insurance Corp. that would replace Fannie and Freddie. The rationale: Taxpayers would shoulder little risk since the first 10% of losses would be covered by private investors who purchase the mortgage-backed securities. But the free-marketers who like the Hensarling bill aren’t buying Johnson-Crapo. “It makes me wince,” says Norbert Michel of the Heritage Foundation. “The taxpayer would still be responsible in a financial crisis, just like the last time. And it could lead to more reckless lending, since the government is taking a lot of the risk.”

Mnuchin’s worries about preserving “liquidity” or the availability of the all-American 30-year may signal that he’ll back Johnson-Crapo. Hensarling, whom Mnuchin needs as a key ally, won’t like what he’ll consider as non-reform masquerading as reform.

House Speaker Paul Ryan has built his career on warning that the time to overhaul entitlement programs like Medicare and Social Security is now, and that with every passing year, the threat of fiscal crisis grows more dire. Mnuchin doesn’t think the issue is particularly urgent. “The absolute level of debt is a concern for me and the President,” he sated, “Having said that, our number-one focus is growth. The debt is a longer-term issue, but not a shorter-term issue.”

But a reckoning is close at hand. The Congressional Budget Office projects that the budget deficit will reach a mountainous $ 1 trillion by 2023, and that’s if all of Trump’s spending on the military, infrastructure, and tax cuts somehow do nothing to deepen projected deficits. Interest rates are already rising, and will rise more as we’re forced to sell more debt than foreign governments are comfortable buying, so that only far higher rates will entice them to keep lending. That trend will push the dollar still higher, and pound exports. And big export growth is a pillar of the Trump growth plan.

Ryan and Mnuchin agree that lower taxes will raise investment and growth. But how ardently will Ryan support a Trump package that doesn’t embrace his signature crusade, major restraints on spending?

5. The stock market as a ‘scorecard’

For the veteran Wall Streeter, the Trump rally is proof positive that if enacted, the President’s plan will recharge the economy. The surge in stock prices, he said, “is absolutely a scorecard. We’re in an environment where there are very attractive investment opportunities in the U.S. That’s reflective of the administration’s goals and what the market thinks of it.”

It’s indeed likely that, right now, investors reckon that looming tax reductions will raise corporate profits. Or, it may be that the rollback in regulations is lowering “risk premiums,” and hence raising price-to-earnings multiples, by making the flow of future profits more consistent and predictable.

The rub is that stock are now really, really expensive. The economy could become extremely healthy, could grow at 3% or more, yet stock prices could decline sharply from here. That’s because at these levels, it would take gigantic earnings growth, from already great heights, to meet shareholders’ priced-in expectations. So investors may mark down shares until they reach the point where future returns are a lot more promising.

What will Trump and Mnuchin say if the rally fades, or if the market drops? By their own standards, such a drop would brand their plan a failure. That could well be unjust. It’s great that stocks have soared. But the finicky, quicksilver, overpriced stock market is the wrong scorecard for what’s a highly promising platform, one whose success now depends whether the smooth operator at Treasury can make allies out of the Republican doubters in Congress.