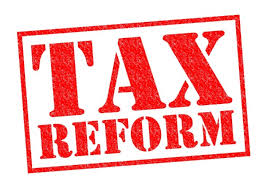 “We are committed to tax reforms … We want to get this done by the August recess.” Mnuchin told CNBC, in what was his first interview since taking office last week.

“We’ve been working closely with the leadership in the House and the Senate and we’re looking at a combined plan,” he told CNBC.

Mnuchin said the administration was “primarily focused on a middle income tax cut and a simplification for business.”

President Donald Trump had promised major tax reform and leaner regulations as part of his election campaign, vows that have pushed U.S. equity markets to records highs since the election.

U.S. House Republicans are pushing for a suite of tax changes, including imposing a 20 percent tax on imports, by preventing U.S. companies from deducting import costs from their taxable income to encourage investment and manufacturing in the United States.