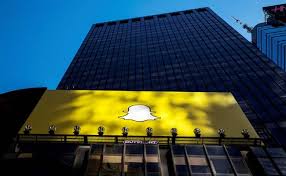 What Time Is the Snapchat IPO?

Snapchat kept investors on their toes for months before filing for an initial public offering in January.

But now that its tightly guarded financial data is out in public view, Snapchat and its underwriters are set for a whirlwind two weeks with spreadsheets, jetsetting, catered lunches and endless meetings in the form of an investor roadshow before their IPO is finally expected to debut on Thursday March 2, according to a document seen by Fortune.

As for exactly what time the stock will be open to the public, the answer is not so definitive. Theoretically, shares of Snapchat could begin trading any time between 9:30 a.m. to 4 p.m., the market’s open and close. That time isn’t decided until the morning of the IPO, and is largely up to its underwriters. Thankfully for eager investors, IPOs rarely ever trade in the afternoon, as IPO underwriters, led by Goldman Sachs and Morgan Stanley in Snapchat’s case, prefer to give the stock time to settle on a stable price. Though Snapchat is also not expected to begin trading on the exchange at the market’s open either.

For context, Twitter, another tech company that decided to debut on the NYSE, began trading around 10:49 a.m. in November 2013. Alibaba began trading at 11:53 a.m. in Sept. 2014, also on the NYSE. After glitches on the exchange and what was considered a mis-priced and messy IPO, Facebook began selling at 11:30 a.m. on the Nasdaq in 2012.

So what time is Snapchat expected to go public on the NYSE?

That’s because even if Snapchat has set its price range lower than expected at $ 15 to $ 16 a share, it’s still the largest IPO since Alibaba’s massive offering. Snapchat is seeking as much as $ 3.7 billion. And for such a high profile and funding-rich deal, Snapchat’s underwriters will want to take their time on the morning of the offering, to open the stock at a price at which the most buyers are willing to buy, and the company is most willing to sell.

Moreover, the cautionary tale of Facebook’s disastrous IPO still looms large over the IPO market. When the social media giant went public in 2012, its debut was beset with glitches when the trading platform couldn’t handle the high trading volume. And while the stock began trading at $ 42 a share, it had fallen to $ 38 by the market’s close—and even that was propped up partially thanks to Morgan Stanley’s intervention.

It seems that Snapchat is doing what it can to prevent that scenario from coming back—as is the NYSE. The exchange sent traders a note earlier this week announcing a Snapchat IPO test run on Saturday Feb. 25. That test is has assumed that the IPO may begin trading between $ 20 to $ 40.

“All firms are encouraged to participate by sending sample order flow expected for the Snap Inc. IPO,” the note read.

Snapchat on its end is also likely hoping to get its IPO out in the least time possible, as market conditions can change—forcing the company to update its prospectus. By Securities and Exchange Commission standards, companies must wait at least two weeks after filing their prospectus before going public. Snapchat’s will take close to five, likely thanks to comments from the SEC to amend their filing. It’s also part of the reason why Snapchat executives and underwriters are going on the expected “roadshow” the week before its IPO to court investors in London, New York, Los Angeles, and Boston.

In those cities, the underwriters and executives are expected to have back to back meetings perhaps seven or eight a day, show a video complete with inspirational piano medleys, eat several lunches with potential investors, all in a bid to sell the rest of its reportedly $ 1.6 billion left yet unclaimed.

If Snapchat fails to cobble up the investors it needs, the company might be forced to delay its offering. And there are reasons for institutional investors to stay away from its stock, including Snapchat’s slowing user growth and lack of voting rights for the offered shares and it’s sky high proposed stock price.

Still, Pfrang doesn’t expect that to be the case. Several major mutual funds at least at least are likely to buy up the stock for their large cap funds, which may not accept stocks below $ 2 billion in market cap.

“As much as people want to talk about the corporate governance and user slowdown, there are not that many large cap IPOs out there,” she said.