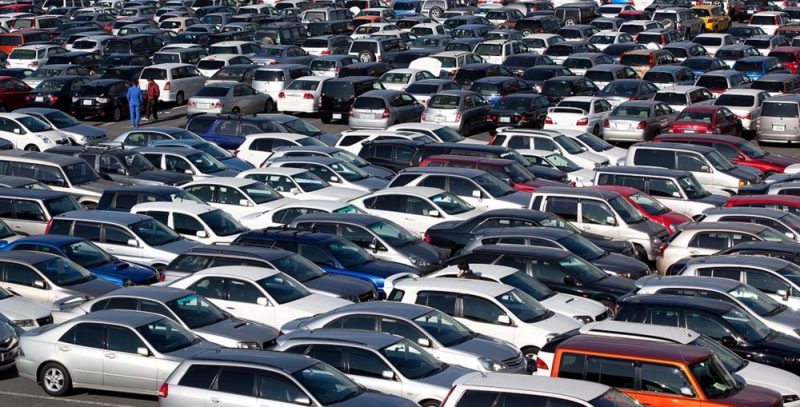 U.S. sales of new cars and trucks hit a record high in 2016, automakers said on Wednesday, and investors bid up shares in the sector as strong consumer confidence and relatively low fuel prices bolstered the industry’s outlook.  Autodata Corp said 2016 U.S. auto sales of 17.55 million were 0.4 percent higher than the previous record set in 2015.

December sales rose 3 percent, and on a seasonally adjusted annualized basis were 18.43 million vehicles, Autodata said. That widely beat expectations of economists polled by Thomson Reuters of 17.7 million vehicles. The results prompted executives from the three biggest sellers in the U.S. market, GM, Ford, and Toyota Motor Corp to predict that this year’s sales will be near 2016’s record levels.

U.S. consumer confidence reached levels not seen in 15 years in December. Auto sales are an early indicator of consumer spending, and account for about a fifth of U.S. retail spending.

GM’s December sales rose 10 percent, Ford was up 0.3 percent and Toyota increased 2 percent. All three automakers’ results, lifted by strong demand for pickup trucks and SUVs, beat Wall Street expectations. Ford said it sold 87,512 F-Series pickups in December, the lineup’s best overall sales month in 11 years. The F-series was the best-selling model line in the United States last year, for the 40th year in a row. Rogue, a compact SUV from Nissan Motor Co, in December was the fourth best-selling model in the U.S. market and showed a sales increase of 53 percent from a year earlier.Fiat Chrysler Automobiles was a laggard in December, as its sales slid 10 percent. FCA’s Jeep brand reported sales down 6 percent.

Pickups and SUVs accounted for 59.5 percent of 2016 auto sales, up from 55.8 percent in 2015. Pickup trucks and compact SUVs held the first six spots in the monthly top-selling models list, as reported by the automakers.

Strong consumer discounts, also called sales incentives, also helped December’s sales. December consumer discounts averaged about $ 4,000 per vehicle, up by about $ 500 from a year earlier, according to J.D. Power data provided to Reuters.

Discounts erode automakers’ profits but GM said the average transaction price for its vehicles rose $ 740 from November to $ 36,386 in December, reflecting in part strong sales of large SUVs such as the Chevrolet Tahoe. That is important to investors because Detroit’s automakers make the bulk of their global profits from sales of trucks and SUVs in North America.

Industry executives have cautioned for several months that the U.S. market’s post-financial crisis recovery was due for a slowdown, but such concerns seem to be easing.