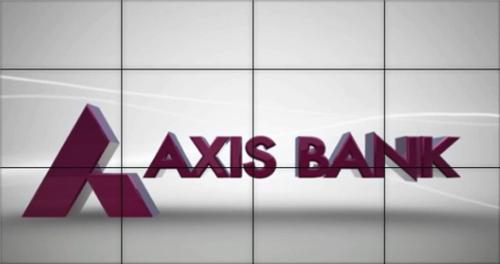 MUMBAI : Axis Bank Ltd, India’s top importer of gold, has suspended the bank accounts of some bullion dealers and jewellers after two of its executives at a branch were arrested over alleged money laundering.

The move is likely to curtail imports by the world’s second-biggest gold consumer this month and could weigh on global prices already near their lowest level in ten months.

“We have temporarily suspended transactions in a few current accounts as a part of a larger enhanced due diligence exercise being conducted on transactions post-demonetisation,” the bank said in an e-mailed reply to questions from Reuters.

Prime Minister Narendra Modi scrapped 500-rupee and 1,000-rupee banknotes on Nov. 8 in a bid to flush out cash earned through illegal activities, or earned legally but never disclosed to tax authorities.

There have also been reports of people rushing to buy gold by paying as much as a 50 percent premium above official prices using their unaccounted money to skirt the note ban.

Axis did not directly comment on the arrests. Last week the Enforcement Directorate, a government agency that fights financial crime, said it had arrested two Axis bank employees for allegedly helping launderers to buy gold with the help of scrapped notes.

The bank said the suspended gold dealers’ accounts will be restored over the next few days after an “enhanced due diligence process”.

A Chennai-based bullion dealer, who declined to be named, said the bank had frozen his account without giving a reason. Half a dozen other dealers in Kolkata, Mumbai, Ahmadabad and New Delhi also confirmed the freezing of their Axis accounts.

The move has brought bullion trading to a standstill, with jewellers fearing attention from government agencies if they make large purchases, said Harshad Ajmera, the proprietor of JJ Gold House, a wholesaler in the eastern Indian city of Kolkata.

It is estimated that one-third of India’s annual demand of around 800 tonnes is paid for in “black money” – the local term for untaxed funds held in cash by citizens that do not appear in any official accounts.

Jewellers and bullion dealers are deferring purchases and gold imports in December could fall to 30 tonnes, down from 107 tones in the same month a year ago, said a Mumbai-based dealer. In November the country’s gold imports jumped to around 100 tonnes, the highest in 11 months.

Axis, India’s third-biggest private sector bank, said last week it had suspended 19 employees over alleged breaches at one of its branches in implementing a government-ordered exchange of high-value bank notes.