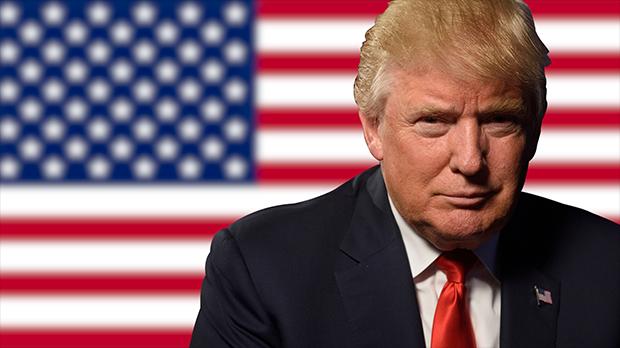 WASHINGTON/NEW YORK : President-elect Donald Trump began laying the groundwork on Friday to take office on Jan. 20, 2017, gathering the most loyal advisers from his insurgent campaign and three of his children to plot his transition strategy.

Daughter Ivanka and sons Eric and Donald Jr. and son-in-law Jared Kushner accounted for a fourth of the 16-member executive committee, which was filled with politicians and advisers who stuck with Trump during his rollercoaster first run for public office.

Aides huddled in the real-estate mogul’s Trump Tower in New York City to begin prioritizing policy changes and considering Cabinet picks and other candidates for the 4,000 positions he will need to fill shortly after he takes the reins of the White House.

A member of the Trump transition team told Reuters there were more than 100 people now involved in developing “white papers” on what regulations to roll back after Jan. 20. Some environmental measures and a rule requiring retirement advisers to act in their clients’ interests could be among the first on the chopping block, an industry lobbying source said.

But in interviews with the Wall Street Journal and CBS “60 Minutes” on Friday he gave a glimpse of how he might compromise, most notably by saying he was open to keeping some provisions of Obamacare.

Trump, a billionaire real estate magnate, also moved on Friday to extricate himself from his sprawling business empire, which will be overseen by his three grown children on the transition team.

His company said it was vetting new business structures for the transfer of control to the three and the arrangement would not violate conflict-of-interest laws. But government ethics experts said the move would fall short of blind trust standards and was unlikely to prevent potential conflicts of interest.

Trump said that Pence – who has strong ties to Republican leaders in Congress – will build on the work done under the leadership of Christie and has the mission of assembling “the most highly qualified group of successful leaders who will be able to implement our change agenda in Washington.”

Christie, once viewed as a top candidate for attorney general, is dealing with political fallout from the ‘Bridgegate’ lane closure scandal. Former New York mayor Rudy Giuliani is now the leading contender for the top law enforcement job, according to two sources familiar with the discussions.

On his way out of Trump Tower, Giuliani said he was happy to advise Trump but declined to say whether he will serve in his administration.

“I can see already how he is going to be a great president and I’m glad I could play a small role in it,” he told reporters.

Trump’s campaign spent relatively little time on transition planning during the campaign, and even his Republican supporters had been bracing for a loss to Democratic rival Hillary Clinton in Tuesday’s election.

“I was on Romney’s transition team, and it was a well-oiled machine months before the election. Now there’s a scramble,” said one Republican source, referring to the party’s 2012 presidential nominee, Mitt Romney.

Since Tuesday, dozens of possible cabinet appointees have been floated, from grassroots conservative heroes like Sarah Palin to seasoned Washington hands like David Malpass.

During his campaign, many establishment Republicans condemned Trump’s racially inflammatory rhetoric as well as his attacks on trade deals and the NATO alliance, which could take many traditional names out of the running.

But outgoing Republican Senator Kelly Ayotte – who had distanced herself from Trump at points in her unsuccessful reelection campaign in New Hampshire – was being floated as a potential defense secretary on Friday, the Washington Post reported.

Those three, along with Giuliani and retired neurosurgeon Ben Carson, were named as vice chairs of the transition team.

Republican National Committee chairman Reince Priebus is a strong candidate for White House chief of staff, according to sources close to the campaign. Trump campaign CEO Steve Bannon, a conservative provocateur, is also being considered for the job.

Trump appears to be leaning toward seasoned Republicans for many economic positions. David Malpass, a former Treasury and State Department official, and Paul Atkins, a former Securities and Exchange Commission official, are guiding the transition team on economic issues.

“This is one area where the most Republican orthodoxy will come out,” said Brandon Barford, a former Republican congressional staffer.

The Trump transition website, www.greatagain.gov, picked up on the tone of legislation aimed at weakening Dodd-Frank financial regulations that was released this summer by Republican chair of the House Financial Services Committee, Jeb Hensarling.

Some advisers, like former Nucor Corp. chief executive Dan DiMicco, and economist Peter Navarro, have echoed Trump’s fierce criticism of China trade policy. But another adviser, former CIA director James Woolsey, wrote in Hong Kong’s South China Morning Post newspaper on Friday that the Trump administration would accept China’s rise as long as it did not challenge the regional balance of power.

Trump’s victory is forcing President Barack Obama to scale back his ambitions for his final months in office. Obama, who is set to meet with key allies from Europe and Asia next week during his final foreign trip, is giving up on a last-ditch attempt to seek congressional approval for the Trans-Pacific Partnership trade deal before leaving office.

But EU Commission President Jean-Claude Juncker had a blunter reaction to the Trump transition. “I think we will waste two years before Mr. Trump tours the world he does not know,” Juncker said on Friday.