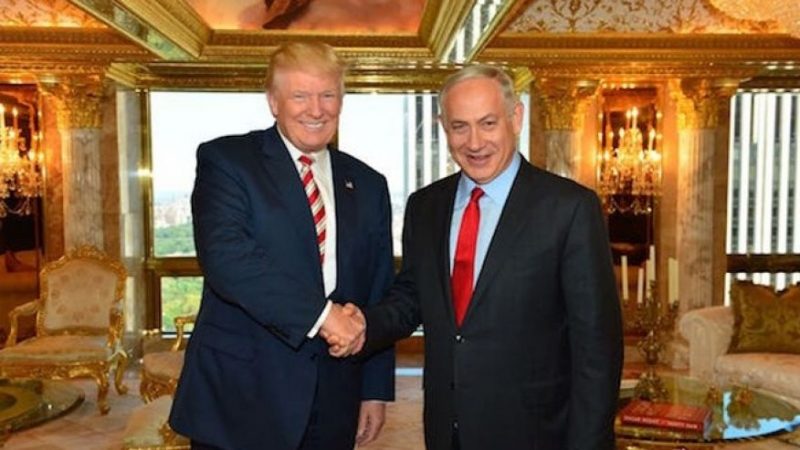 Trump tells Netanyahu he would recognize Jerusalem as Israel’s capital

During the meeting that lasted more than an hour at Trump Tower in New York, Trump told Netanyahu that under his administration, the United States would “recognize Jerusalem as the undivided capital of the State of Israel.”

While Israel calls Jerusalem its capital, few other countries accept that, including the United States. Most nations maintain embassies in Tel Aviv.

Palestinians want East Jerusalem, captured by Israel in a 1967 war, as capital of the state they aim to establish alongside Israel in the West Bank and Gaza Strip.

Netanyahu held a separate meeting later on Sunday that lasted just under an hour with Democrat Hillary Clinton, Trump’s rival in the Nov. 8 U.S. election.

Clinton emphasized her commitment to the U.S.-Israel relationship and her plan to take the relationship to the next level, according to a statement from her campaign.

She also talked about her commitment to a two-state solution to the Israel-Palestinian conflict “that guarantees Israel’s future as a secure and democratic Jewish state with recognized borders and provides the Palestinians with independence, sovereignty, and dignity,” according to the statement.

“Secretary Clinton reaffirmed her opposition to any attempt by outside parties to impose a solution, including by the U.N. Security Council,” the statement said.

During the meeting with Trump, the Republican candidate’s campaign said he agreed with Netanyahu that peace in the Middle East could only be achieved when “the Palestinians renounce hatred and violence and accept Israel as a Jewish State.”

The Trump campaign said he and Netanyahu discussed “at length” Israel’s border fence, cited by Trump in reference to his own controversial immigration policies, which include building a wall on the U.S.- Mexico border and temporarily banning Muslims from entering the country.

Other regional issues, including the fight against Islamic State, U.S. military assistance to Israel – “an excellent investment” – and the Iran nuclear deal, which both parties have criticized, were also discussed.