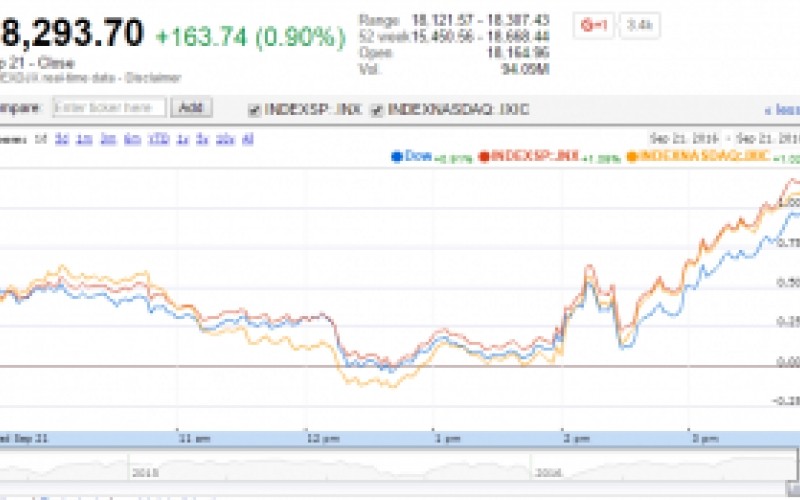 U.S. Market Indexes Gain with No Significant Policy Changes from BOJ or FOMC

The focus of the day’s trading was on the announcements from the Bank of Japan and the Federal Reserve. Both central banks held their September monetary policy meetings on Tuesday and Wednesday. The Bank of Japan’s policy meeting announcement was released Tuesday night at 11:00 PM EST. The Bank of Japan was conservative in its policy decision keeping its central bank rate at -0.10% and its bond buying quantity unchanged at 80 trillion yen. It will however change its bond buying tactics to seek to stabilize its 10-year government bond yield at 0%.

For the day the following stocks were traded the most actively: