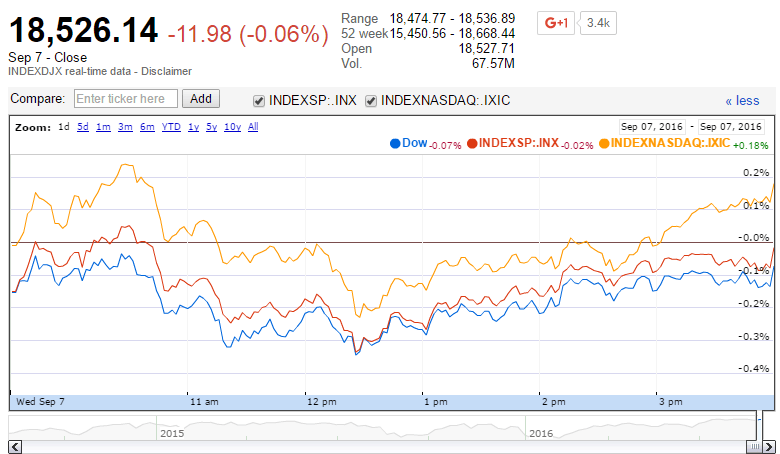 On Wednesday investors continued to watch the economic data. Leading data reports on the calendar for the day included Mortgage Applications, the PMI Services Index and the Beige Book. On Wednesday, mortgage applications gained with an increase of 0.9 percent. The PMI Services Index missed expectations and was also below the previous month’s report. The August report showed the Index at a level of 51.0 which was just below the estimate of 51.2 and down from the previous month’s report of 51.4. The Beige Book reported the outlook for economic growth as moderate. Also noted in the Beige Book was the Fed’s consideration of the November election and how it might impact the economy.

In commodities, gold traded lower as evidenced by the SPDR Gold Trust which reported a loss of -0.44 points or -0.34 percent. The dollar was higher for the day as the U.S. Dollar Index gained 0.12 points or 0.13 percent to trade at 94.98.