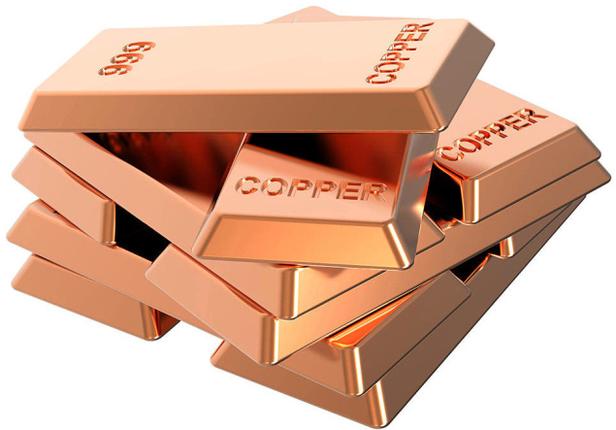 MELBOURNE : London copper hung near a two-month low on Thursday on evidence of mounting supply and nickel weakened after lower shipments to China, with base metal prices also facing headwinds from a stronger dollar.The greenback bobbed higher in Asia on Thursday, with focus turning to the Friday gathering of global central bankers in Jackson Hole, Wyoming, at which Federal Reserve Chair Janet Yellen may offer new clues on U.S. monetary policy.

“The stronger USD and weak oil prices are likely to weigh on the sector today,” ANZ said in a note.

LME copper stocks jumped by 14,625 tonnes, the latest data showed, bringing total stocks above 250,000 tonnes for the first time since November 2015. Stocks have shot up by a fifth in the last week alone. MCUSTX-TOTAL

Meanwhile, China’s imports of nickel and zinc slumped on the month in July, while its copper imports slipped by 3 percent, partially due to seasonal factors with many factories closing over the northern hemisphere summer.

LME nickel extended declines by 0.6 percent to $ 9,940 a tonne, hitting the weakest since July 11 at $ 9,905. Heavy losses were also seen in ShFE nickel down 3 percent as fears fade over a wholesale halt to Philippine ore exports.

“Despite the closure of eight small-scale producers so far, we could see imports stabilise, belying any concerns of supply constriction from the Philippines that has recently riled markets artificially boosting nickel prices,” Citi said in a note.

Elsewhere, Glencore said it expected to exceed a previous target to cut debt, but it took a nearly $ 400 million hit from a bad bet on coal and echoed warnings voiced by mining rivals of volatile commodity markets.

Russian aluminium giant Rusal on Thursday reported a nearly 40-percent drop in second-quarter core earnings due to weak aluminium prices, slightly better than analysts feared, and warned the second half of the year would remain tough.