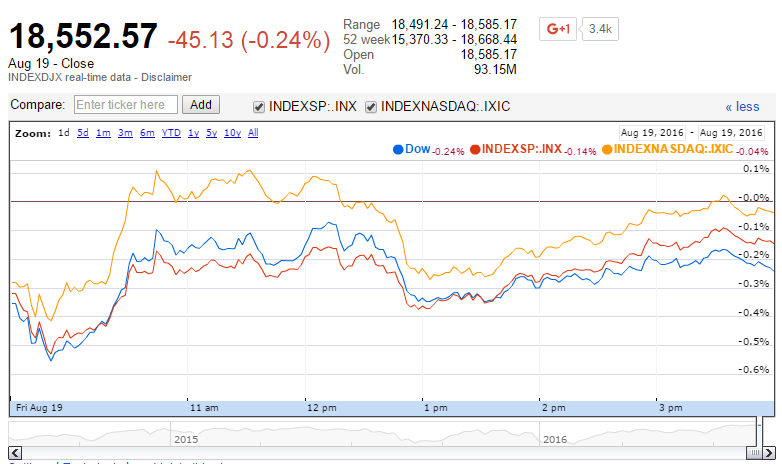 On Friday the only economic report was the Baker-Hughes Rig Count. The Baker-Hughes Rig Count showed an increase of five rigs in North America. In the U.S., the rig count increased by 10. In Canada the rig count decreased by five. Oil prices were steady for the day. WTI crude oil increased 0.37 percent to $48.40. Brent crude decreased just slightly to $50.72, down 0.33 percent.

Stocks were just slightly lower Friday as oil was stable and investors considered the affects of a rate increase in 2016. Next week’s Jackson Hole, Monetary Policy Symposium will be a key indicator for stocks as Janet Yellen and other economic officials speak about monetary policy.

In the Dow Jones Industrial Average stocks leading losses for the day included the following:

In commodities, gold traded lower as evidenced by the SPDR Gold Trust which reported a loss of -1.15 points or -0.89 percent. The dollar was mostly higher for the day, gaining against the euro and pound.