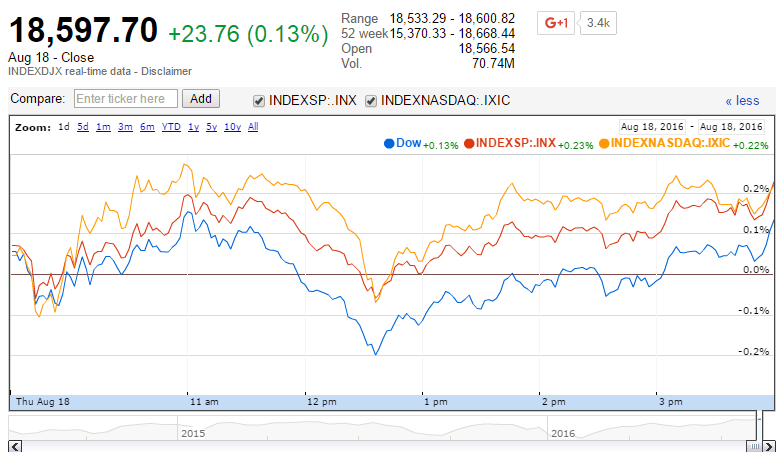 On the economic calendar, jobless claims were lower by 4,000 bringing the total to 262,000. The Conference Board’s Leading Indicators Index gained 0.4 percent from the previous month. Investors continued to digest the Fed’s July meeting minutes as well as the overall positive outlook for the economy. With the positive direction it appears likely that the Fed will raise rates once in 2016 potentially in September or December. Fed speeches from William Dudley, John Williams and Robert Kaplan on Thursday supported the Fed’s tightening position.

Stocks trading actively for the day included the following:

In the Dow Jones Industrial Average the following stocks led gains for the day: