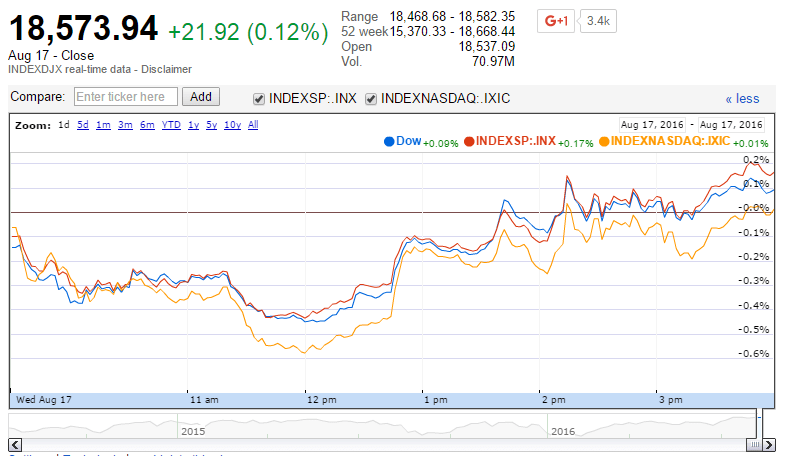 The July FOMC meeting minutes were the main focus for the day. They showed that Fed officials felt the economy was strengthening but that there wasn’t an immediate need for a rate increase. This has likely pushed rate increase expectations to December. The market reacted favorably to this on Wednesday with the major indexes ending the day higher.

Stocks trading actively for the day included the following:

In the Dow Jones Industrial Average, the following stocks led gains for the day:

Top sectors for the broad market were utilities and financial. S&P 500 technology stocks overall were just slightly lower for the day. Stocks leading gains and losses in technology included the following: