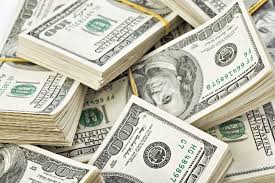 Economists had forecast overall retail sales to rise 0.4 percent. The drop in producer prices, meanwhile, was the first since March and the largest since September 2015.

A third report on Friday showed consumer sentiment stable in early August, though households’ views on income softened a bit. A fourth report showed businesses made significant progress in June in reducing an inventory overhang that has weighed on economic growth since the second quarter of 2015.

It gave up those gains this week, however, as investors see a rate hike in September as a long shot and with the Fed’s December meeting still far away.

The Fed will release minutes from its July meeting next Wednesday, with the focus then likely to turn to Chair Janet Yellen’s speech at the Fed’s Jackson Hole symposium on Aug. 26.

Antipodean currencies ended lower after briefly turning positive on the U.S. data. They fell overnight after data showed China’s economic activity slowed in July, with investment growing at its slowest pace since the turn of the century.

The kiwi and Australian dollar were buoyed earlier this week by investors reaching for yields as European and Japanese bond yields offer, in many cases, negative returns.